4 Reasons Why .NET Core is Good for Your Business/Software Development

.Net Core is Improving Software Development and is Good for Business 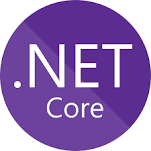 Current software development frameworks and stacks, which are used by development firms and organizations alike as solutions for software application engineering, often offer features and functionalities that allow the business to increase their workflow efficiency and operational productivity. However, modern software engineering platforms and development environments often have shortcomings that may dissuade a business from using them for their projects. The need to have a robust, scalable, interoperable, cross-platform, cutting-edge, developmental framework has been a top priority for SMEs - and larger enterprises alike - without the need for proprietary licenses and being locked into certain OSs (operating systems) and architectures. The freedom - and power - to develop according to the needs of the company, while being able to secure their code via a managed system, has been a requisite that most frameworks have fallen short of achieving.

However, in the late 1990’s, Microsoft developed a managed framework for Windows Application software development, called the .NET Framework. .NET utilized a variety of .NET-based programming languages, which were interoperable (using a CIL, or Common Intermediate Language), and executed at runtime via the virtual machine - the CLR (Common Language Runtime). Such a framework allowed for the feasible, efficient, and quick development of powerful Windows applications, typically utilizing the object-oriented, C-based language, C#, allowing developers and engineers the ability to securely manage and deploy their code/applications in a scalable manner, via a robust development platform. Several factors gave the framework an advantage over other non-managed coding/development systems, such as the fact that the framework managed the code execution at runtime via a JIT compiler, which, also automatically handled garbage collection (memory management) related to the stack and heap, making it harder for buffer overflows to be accomplished (unless unsafe code is manually allowed).

Additionally, the system allowed for scalable, interoperability in software development, which could help with software testing, and decrease the time required for operations/testing workflows within the Software Development Life Cycle (SDLC).

What is the Difference Between .NET Core and .NET Framework?

The .NET family of software development frameworks from Microsoft is currently composed of several, overlapping systems, namely the .NET Framework and .NET Core, along with Xamarin (the latter being for Mobile deployment, i.e. iOS, Android, etc.). Along with this is the .NET standard library/Shared API, which is a universal library that overlaps with each .NET system. Additionally, the .NET family of programming languages consists of C#.NET, VB.NET (Visual Basic), F#.NET, etc. all of which are interoperable, i.e. they compile to an intermediary language (the Common Intermediate Language), and are then compiled to an architecture’s native code, via the JIT compiler at runtime execution, which is managed via the CLR. This feature allows for cross-platform development and robust, scalable application engineering. Also, one of the most important features of the .NET family is ASP.NET, which is the portion of the .NET library for web development.

.NET Core is an expanded, refined version of the .NET framework, which gives it more cross-platform compatibility, and more robust scalability. As noted by Microsoft, and as reported by TDK Technologies, “.NET Core is a general-purpose, modular, cross-platform implementation of .NET… [which] includes a runtime, framework libraries, compilers and tools.” .NET Core has expanded functionalities associated with cross-platform support, such as the ability to support MacOS, Windows and Linux, along with mobile OSs (i.e. iOS, Android, etc., via Xamarin), while also being a powerful framework for both web, cloud, and IoT (Internet of Things) technologies. Additionally, one of the most significant improvements associated with .NET Core is its open source nature and its ability to be leveraged for a variety of platforms/operating systems, without requiring expensive Windows licenses, which allows it to be used by a variety of companies, while mitigating costs associated with proprietary licenses. Thus, .NET Core has the potential to become the go-to development framework for numerous companies, for a variety of software development needs.

The most essential differences between the .NET Core system and the .NET framework include:

Both the .NET Framework and .NET Core work in a similar manner, when it comes to operating as a runtime execution system. As opposed to the CPU/hardware running compiled code directly in an unmanaged format, the Common Language Runtime (CLR) of the .NET family - similar to the Java Runtime Environment (JRE/JVM) - operates as a software virtualization execution system. Thus, C#, VB, F#, etc. are compiled into an intermediary language (the CIL), which - at runtime - is converted into the native code of the architecture (via the JIT compiler), which allows the original application code to be run on a variety of systems. This gives businesses an immense amount of platform-independent/cross-platform compatibility, and the ability to scale systems as needed via the managed code system associated with the .NET CLR.

Both runtimes are managed by Microsoft and both have their advantages and disadvantages.

Use Cases for When .NET Core Would be Best

Use Cases for When .NET Framework Would be Best

While .NET Core is a robust and powerful development framework, some functionalities are still missing - such as the dichotomy between Entity Framework Core and Entity Framework v6 - functionalities that are still found in .NETFramework. However, in general, as noted by Stackify, the .NET framework is best used when memory management, type and memory safety, and certain, specific Windows APIs are needed, along with a secure, managed code system.

As has been noted, .NET Core is one of the most versatile application development frameworks available. Due to its cross-platform support, developers are able to use it for a wide variety of operating systems and chipsets. No longer are application developers rigidly forced to work only with Windows applications, and via expensive Windows licenses. The many Linux developers, for instance, can now use .NET Core for their development needs, which was not supported by the .NET framework. Windows OS, Linux OS, MacOS, etc. are all supported by .NET core.

Keep in mind that the .NET family architecture is composed of four major components:

Together, the components of the .NET family can be used to fulfill most firm’s application developmental needs.

Supports Apps in Android and iOs

Since most of the code for the .NET Core system is on GitHub and is managed by Microsoft and the open source communities, the platform can be advanced and secured, and can evolve more quickly and efficiently.

Open Platform Allows for Wider Use Cases and Customization

Per the above, being open source, the .NET Core development framework can evolve more quickly. This means that more pertinent functions can be identified, more operating systems can be added for cross-platform support, and any security flaws can be found and patched. Additionally, the use of an open sourced .NET Core allows for greater customization and the ability to leverage added functionalities for specific business requirements.

4. You Have Greater Freedom of Server & Architecture Choice

Previously, utilizing the .NET system required use of a Windows system/server, all with proprietary Windows licenses, which - for SMEs - could be costly. However, .NET Core gives developers and firms more freedom in how to use the development framework, including the ability to use different architectures, operating systems (MacOS, Linux, Windows, iOS, Android, etc.), servers, hardware, etc.

Per the above, the ability to use different hardware/software with .NET Core allows developers and firms to exercise greater control over their business operations. This can increase productivity and allow for easier integration with an enterprise’s Information Technology (IT) infrastructure, such that overhead is minimized and the costs (associated with obtaining specific Windows servers/licenses) is mitigated.

One of the most critical issues associated with the .NET framework was the fact that developers were tethered to Microsoft systems - operating software, servers, and [expensive] licenses. The non-proprietary, open source nature of .NET Core allows an enterprise’s IT leaders to strategically construct a more cost-effective, flexible and robust IT infrastructure - one that can be specifically aligned to an organization's goals and developing needs (including an enterprise’s target operating systems, platforms, and servers). This translates to a more effective IT infrastructure, which typically equals greater productivity and an increased bottom line, along with decreased operating costs.

Ask Your Development Team if They Are Considering Using .Net Core on New Projects

Microsoft’s .NET Core development framework is a monumental step up from the .NET framework in that it allows developers and firms to have a greater degree of flexibility and freedom in how the powerful platform is utilized. With it, ASP.NET, and other components of the .NET family, can be used to produce powerful, secure, managed, robust web applications, cloud services, desktop software, and even IoT apps, all while potentially saving money, targeting the desired platforms and operating systems, and reaching the enterprise’s business goals of remaining scalable and efficient.