Future Of Technology - How It’s Shaping Our Next Generation 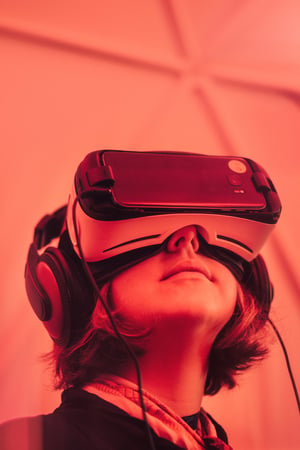 What the Future of Technology Holds

Technology has been advancing at a fast rate these days and, taking into account the last century or so, it’s not too difficult to see what the near future holds. We’ll explore a few of the potential benefits and disadvantages of new technology that we can expect to be part of our daily lives in the not so distant future.

Technology wouldn’t increase so rapidly if it weren’t for the benefits. For the most part, technology has always been developed to help save and improve lives. Here are some of the main benefits that we can expect from future technology:

Humans have been looking for ways to improve connectivity for centuries. Some of the most important inventions made over the course of human history have included the postal service, the telegram, the telephone, and the Internet. While the Internet made world-wide communication more convenient and more affordable than it had ever been, it was the smartphone that truly connected the world, providing users not only with instant access to the Internet, but also the ability to call and text anyone they want at a moment’s notice. It’s estimated that two-thirds of the world have smartphones -- and that number will only continue to grow.

However, technology is advancing to the point where humans will be connected to every other human, but they will also be connected to all of their devices. The IoT (Internet of Things) will only continue expanding, allowing users to update electronic software for access to new features as well as to control their devices remotely. This is already possible with appliances such as refrigerators. New refrigerators have the ability to restock themselves by automatically ordering food online if you’re running low. Soon, you’ll be connected to every item in your house, from your toaster to your couch.

Increased connectivity has made life at home much more comfortable and convenient, but it’s not the only technological advancement that has led to an improved home life. Some of the ways that technology has benefited home life in recent years include:

You no longer have to go to the bank to move money around, nor do you have to mail out checks days before they’re due to ensure that you pay your bills on time. Banking can be done exclusively online and you can set up all of your bills to be paid online as well, eliminating the need to send payments through snail mail and helping cut down on the amount of paper mail you receive. Not only can you make payments online, but basically all services, from banks to utilities to magazine subscriptions, allow you to set up automatic payments so that you don’t have to worry about forgetting to pay your bills or paying them late ever again.

The magnitude of entertainment options made possible by technology has made it so that you never have to leave the house. Back in the day, you were restricted to whatever was playing on TV -- even if you had a thousand channels -- or to the physical media you owned, whether it was CDs, DVDs, or video games. Now, all of this media is available to stream or download online, whether through your phone, TV, or computer. The amount of streaming services that exist, from Netflix to Spotify, means that you not only get to choose what you want to listen to, watch, or play whenever you want, but that you have practically unlimited options to choose from.

Healthcare continues to improve as a result of technology. The ability to identify new illnesses and to cure or treat old ones has been the result of technology that has made it easier to look inside of the body, from X-Ray machines to MRI machines to electrocardiography. Electronic databases and the use of tablets and smartphones have also made it possible for doctors to access patient medical history in an instant, allowing them to make life saving decisions on the spot. Add to that the invention of healthcare devices, such as pacemakers, hearing aids, and prosthetic body parts, and it becomes clear that technology has greatly improved the healthcare of the general population. Continuing technological advancements in the healthcare field will only continue to improve our general health.

Improved connectivity has actually had a direct impact on the access that people have to education. People no longer have to have the time and the means to attend universities in person to continue their education. There are countless online education programs available that students can enroll in and complete on their own time.

In addition to the online schools that students can enroll in to continue their education, there are many educational software programs available that students can use to learn an almost unlimited number of subjects. These programs are getting smarter and smarter as technology advances, to the point where they can use AI to offer personalized learning modes that meet the specific learning needs of every user.

Before modern days, the only methods of transportation included going from one location to another on foot or riding on the back of an animal. Because humans had a natural desire to explore and to move, new transportation methods have been invented over the course of history, from the cart to the boat to the train to the car and finally to the plane. These methods of transportation are constantly becoming more efficient and more convenient, making it easier and easier for people to go wherever they need to go in as little time as possible. Whereas it would take over a year to get from one end of the country to the other a few centuries ago, it now only takes six or seven hours by plane. New technology will continue to make transportation more efficient, more comfortable, more convenient, and safer.

Major advancements in technology are bound to occur throughout every industry if the past is any indication, but future technology is likely to have a significant impact on three areas in particular: energy, virtual reality, and transportation.

Additionally, alternatives to fuel fossils, such as solar energy and wind energy, have become much more viable as their technologies have advanced. It wasn’t long ago that these energy sources were considered far too costly to implement. However, the cost of solar cells has dropped by a staggering 99.5 percent since 1977, and the cost of wind energy is currently at an all-time low as well. It won’t be long until they are both more cost-efficient than fossil fuels. Many countries have already begun to take advantage of this. For example, India is currently attempting to convert its airports to self-sustaining clean energy.

AI One to One Tutoring

Artificial Intelligence (AI) has been around for some time now, even if it’s not as grand as we imagined it would be (there are no robots indistinguishable from humans walking among us and no computer programs that have grown sentient as of yet). Yet AI is being used all around us, whether it’s through automation or through personal virtual assistants, such as Alexa or Siri.

AI continues to evolve rapidly as a result of the amount of data that we are continuously collecting and the new algorithms being developed. While there are people who fear that AI will replace humans in the workforce, it’s been shown that while some jobs have been lost, AI has also helped to create new jobs. This has been the case for all new technology over the course of history.

Although AI will affect all industries, one worth keeping your eye on is the education industry. As AI continues to develop, the next step will be to incorporate it with the use of VR. For example, students will be able to obtain tutoring in VR from an AI program. Instead of sitting in a classroom, they’ll be able to learn from the comfort of their home. The use of AI instead of a real tutor will allow students to receive one-on-one tutoring in this manner.

However, the technology used to make drones fly can be applied to larger vehicles as well--and that’s where the true technological advancements will come from. Flying cars are already a reality as a result of drone technology. It won’t be long until much larger flying vehicles are developed using drone technology to transport goods quickly through the air. As for public or private transportation use, it will probably be a while. Although the technology is there, it’s the logistics of people flying around in the air that are a real headache-- organizing aerial traffic and keeping it safe will be a significant challenge to solve first.

Leaps and Bounds Are Only The Beginning

Technology is always evolving, only now it is evolving at a more rapid pace than ever before. In many ways, new technology will impact our lives in a positive manner; however, there will always be drawbacks no matter how good the intentions behind new advancements in technology might be. Be open to any new technology that emerges, but perform your due diligence before deciding to implement it for business use.

Is your business future proofed for tech? Find out here.