How Does Machine Learning Work & Can Small Business Use It?

So How Does Machine Learning Work? 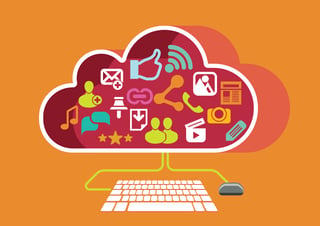 Machine learning still gives 'the uninitiated' the impression of computers taking over the world, which was fantasized in the movie series Terminator with Arnold Schwarzenegger. However, in reality, machine learning is already here and being used regularly all around us.

From a conceptual perspective, machine learning involves three key components to make it work. That involves the design, the limitations and then the actual working assembly. These are described as follows:

Given the above, the model or road map is a critical step in starting a machine learning process. Everything depends on the model being correct and producing the right theoretical result. That of course means that the steps along the way, the building blocks of the model, are the right parts as well. Sometimes the first model isn’t put together correctly, so frequently model-building can be an iterative processing, learning from prior mistakes. Once complete, the model is put into a system to test. In most cases the first, preliminary machine work is math-based, following a formula of basically a + b should equal c. Depending on minor adjustment, the machine recognizes a predicted trend pattern and the output should match, absent variables being thrown in.

Initial Input is Given to the Machine

With a working model in place and tested thoroughly, real data input can now be used. The real data population starts out small. Frequently, real data input will produce output that doesn’t match predicted results. Something is in the mix, an unknown variable, that has caused the process to deviate from the model. This is important because it becomes the factor that the machine has to “learn” to adjust to get the results in line with predicted output, similar to how humans learn by trial and error.

Real data tests, known as training sets, are variable on purpose. They give the machine system a challenge to begin working with, training legs so to speak, so that it’s statistical probability tool begins to start working and building a possibility set of results. So now the machine is combining a predicted math formula with statistical probability and recording results. From there it examines the results, compares them to the model, and begins to identify what the system is allowed to tweak to develop probabilities of future results. Again, the goal is to match the model, but the machine is doing the work to find the right probability - dozens, hundreds or thousands of possibilities. In beginning phases the variable the machine can tweak is a singular, simple one. But it trains the machine to act on the variable, paving the way for adding more variables down the road.

Keep Looping Until There is a Match

Success doesn’t happen on the first run, ever. Machine learning probability development takes a lot of tries known as "loops," a lot of training sets provided and applied, and lots of system practice to build a probability reference field within the machine's cognitive data banks. However, with each loop, the machine gets a little bit more accurate in matching real results with model predictions and records that relationship. Each adjustment is associated with a given output, and the machine learns what not to do the next time. Over time, consistency and accuracy become extremely powerful with a massive reference base to work with inside the system’s memory.

Google has become very popular with its application of machine learning and automating search engine behavior into website ranking. From their perspective, a key aspect of successful machine learning involves incrementalism. Dubbed “gradient descent,” or in other circles “gradient learning,” the system learning process has to be small steps over a long period. The Google analogy is that of walking down a very high mountain – you don’t jump down, you go one little step at a time. Otherwise you will likely trip and get seriously injured or killed. This principle applies regardless of machine learning type used, of which there are three main approaches: Supervised Learning, Unsupervised Learning, and Reinforcement Learning.

Using an algorithm approach, the machine learning system is given a target or desired outcome. The machine is then guided to learn how to predict input to map it to specific output. The machine learns a very formulaic approach from point A to point B and is actively guided along the way until the system consistently recognizes the map path.

Unlike the above, this approach does not provide a predetermined target to the machine. Instead, the machine has to calculate on its own how to create a logic path to get from Point A to Point B (ergo, the target). This approach is often used for teaching a system how to cluster data into similar groups for specific treatment. Apple has been studying this aspect for future product development and recently released face recognition tools, particularly in how a machine interprets real data versus synthetic, lab-provided data.

This approach is the most similar to human trial and error. The machine has a specific target it needs to achieve. Other results do not count and are considered failures. The machine is allowed to tweak given variables to get to the target but can only find that path by trial and error. Each past mistake becomes part of the memory of the machine as it inches its way to the target. This approach works best when the input remains static and does not change rapidly.

There are dozens of algorithms available for designers to use in machine learning development. Some work with certain data types better than others, resulting in the variety of tools used. These include the following:

Similar to algorithms, there are multiple coding languages available for machine learning as well. These are the tools used to translate the math and algorithms into the actual language the machine can understand to then do its job.

Popular in programming training sites currently, Python is a natural for science-focused language. And that makes it a great candidate for machine learning systems as well. The language performs very well with matrix management as well as data analysis, although not as good as other contenders like R. Further, communication components enhance the benefits from using Python and make it more attractive for shared project work.

One of the big benefits of using JAVA is the fact that the language has an immense amount of pre-written code via the JAVA library. This cuts down on time spent writing tools already created. Coders can spend more time putting the pre-written tools together on more complex designs, which is often what is needed for machine learning. And, because JAVA is so portable as an open language, it works extremely well in project sharing, portability, and running the system on different equipment (i.e. PC versus MAC versus Linux).

In the statistical world, R is the killer language. And that becomes a natural for machine learning since much of what a system has to do involves probability, a core aspect of statistics. That makes the language extremely powerful in model design and prototype testing. However, R does not work so well in production of multiple versions of a system across different platforms. What makes R so powerful in a singular system design makes it a beast trying to replicate in different environments.

Where machine learning doesn’t need to get into extreme formulaic possibilities of statistics, and instead can focus on monotonous activity, C/C++ works very well. For example, machine learning in operating system maintenance is a common application for the language. This is where speed and response is a priority, not massive calculation of a problem. By analogy, C/C++ might very well be comparable to the crew keeping the toilet clean on a submarine versus the radar crew identifying and avoiding threats. While the toilet cleaning is a lowly function, it’s still obviously essential to all who depend on it. That makes C/C++ a strong candidate for production and replication platforms once a machine learning model is extremely stable and thoroughly tested.

With Internet and browser functionality being a premium for interfacing, ELM fits in nicely, lending itself to online programming and visual design. It’s limited in scope and typically used for short-lived projects, but given the ongoing move to more function online ELM is growing in popularity. The tool allows a system to learn probability very fast which is a key aspect in data crunching and cloud functions.

Within confined environments of a given software platform machine learning is possible as well. SAS is a big player on provided contained machine learning for specific programs it offers. These aren’t good for replication but the tools are extremely powerful for contained work in a statistics program such as SPSS. It also makes the tool very flexible in that it can be offered as package in software-as-a-service (SAAS) deliveries. That’s a big plus for corporate tool purchases and educational software programming.

MATLAB has remained a big player in the training of machine learning, particularly with the application of linear algebra. It’s a well-used tool for getting into the guts of mechanical machine learning assembly and how a math formula is actually used in a system. No surprise, many a student has had to use MATLAB for primary computer science training and earning a degree.

RankBrain, mentioned earlier, is a primary example of machine learning in action. As a working part of Google’s website ranking system for its search engine, RankBrain crunches through a vast amount of data when provided a user’s search query to then determine what the user is most likely trying to find. As most people know, Internet searches are often fishing net guesses using terms to find sites that may potentially have an information match. RankBrain determines the most likely concept the user is really after and provides sites that meet that conclusion, producing better, more relevant search results as an output. The calculations are based on prior experience of crunching vast amounts of prior, differing data and determining specific triggers associated with correct results. It then uses the triggers to develop it’s “cognitive memory” for future requests.