Onshore vs Offshore Development - Pros & Cons Of Each 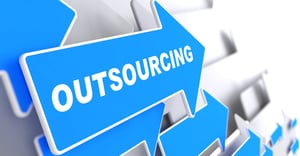 
Updating legacy systems or developing new software applications, whether for internal use or customer use, tends to require a lot of resources. While larger organizations have in-house IT departments that can develop and update whatever software they need, most smaller businesses do not have such capabilities. Simply hiring employees with the proper IT experience and expertise can significantly exceed the typical budget of a smaller to mid-sized company. The lack of resources is the main reason why most businesses will outsource their software development. By outsourcing software development to a third party vendor, smaller companies can avoid hiring additional employees to set up an in-house development team. Instead, they can focus their time, effort, and resources on growing their business.

What Is Onshore Development?

Many companies still prefer to outsource their software development needs to onshore companies. There are many reasons for this. Some businesses prefer to support their country’s economy by outsourcing locally. Others may not feel comfortable outsourcing to foreign companies who may not have the same regulations and oversight as those in the U.S. There are several other advantages to onshore development to keep in mind as well, including the following:

Ability To Collaborate In Person

It’s much easier to meet in person if you outsource development to an onshore company. Even if the company is located in a different state, traveling to have an in-person meeting is much less challenging than if the company is overseas. Travel time and distance are much shorter, and you also won’t have to deal with the hassle of international travel (such as passport issues and the like), which often makes in-person meetings with offshore developers impossible. Meeting in person makes it easier to build a relationship with the company you’re working with and to communicate your wants and needs.

Collaborating in person certainly goes a long way towards maintaining clear communication. However, speaking the same language and having the same cultural understanding will contribute significantly to the project’s success. Clear communication is critical to making sure your company is on the same page as your developer and will help ensure that the final project meets all of your requirements.

Onshore development tends to require fewer iterations since communication will be so much easier. For example, questions, concerns, and information will get across much faster since you’ll be communicating during the same business hours. Design and development teams will be able to work side-by-side without any communication barriers to complete your project on time.  Finally, the application architecture will be a key component of the overall quality of the software.  The architecture must be done correctly early in the project, which requires excellent communication and understanding of the business goals to achieve high quality.

Onshore development will likely cost more as a result of the quality of the software engineers working on your project. You’re essentially paying more for experience and expertise; however, the high bill rates tends to translate to a better quality software solution. Even though offshore development is often cheaper, software often needs reworking due to a lack of quality. Reworking software is costly, and it’s something that you typically won’t have to worry about if you outsource to an onshore company.

What Is Offshore Development?

Companies often turn to offshore development as a way to save money. Although the resources many of these offshore development services use have grown more expensive over the years, they typically remain more affordable than the resources available in the States. Many resources are still available for comparatively low prices in places like India, Pakistan, and China. Vendors in these areas still obtain a bulk of the offshore development contracts coming from the U.S. as a result of their access to cheap resources. And certain areas around the world specialize in different aspects of technology that may be needed for the development of your software. It can be easier to find qualified software engineers with specific areas of expertise in certain countries, making their services more affordable.

However, although the cost of development may be lower using offshore development, if you are developing a complex application it may end up having to be refactored multiple times. If this is the case, the final cost of your software will end up being much higher than you initially expected. And if you outsource to a less-than-reputable offshore company, they may not provide you with an accurate estimate. You might find yourself paying for hidden charges as a result.

All of these factors result in turnaround time being much faster. An offshore company simply has a more significant workforce to throw at each project they take on, which means they can deliver a finished project more swiftly than an onshore company.

In-house software maintenance is often outside the scope of what most businesses can afford. After all, most companies can’t afford to keep software engineers on their payroll just to maintain an application. Outsourcing to an offshore company makes it much easier to maintain your applications over the long term. Maintenance is arguably easier because offshore companies have access to so many different software developers of varying skills who they can bring on to do basic maintenance on your app whenever needed.

While there are some significant benefits to outsourcing your software development and maintenance to an offshore vendor (mostly in regards to your budget), there are some potential drawbacks as well. Here are a few of the disadvantages that you will need to prepare for should you choose offshore development:

If you choose an offshore company located in a country where English isn’t the primary language, communication may become a real challenge. Trying to communicate your software development needs, wants, and questions can be tricky if you’re dealing with someone who doesn’t know the language. While many offshore companies will have people in leadership positions that can speak and understand English, there can still be communication issues if it’s not their first language, and especially if they don’t understand the nuances of the language.

Cultural differences can be communication barriers in themselves. For example, you may use particular phrases or terminology commonly accepted within your industry or by businesses in the U.S. which people in other countries aren’t aware of and may misinterpret. Such cultural differences can lead to misunderstandings and confusion and hinder your ability to convey what you need.

Secondly, cultural differences can influence how a software development project is designed. Different cultures have different interpretations when it comes to solving certain development challenges. For example, an offshore company may come up with a solution to a problem that doesn’t apply to your company’s target audience.

If communication wasn’t tricky enough already as a result of the language barrier and cultural differences, the fact that many offshore companies are in different time zones could only add to the challenge. If you need to ask a question or raise a concern about your project, getting in touch with the person responsible for communicating with you may be complicated. Your business hours may be the middle of the night for them. You might have to wait an entire day to receive a reply through email or other channels.

There are a few potential issues that can affect the quality of your software development should you go through an offshore service. You’re not in control of who the software developers are, which means you’re relying on the offshore company to hire individuals who are qualified. If they are hiring the cheapest software engineers available, it could affect the quality of their work. And there’s not nearly as much oversight in foreign countries when it comes to software development. A lack of oversight means that some offshore companies may not bother to adhere fully to copyright and IP laws, which can be incredibly problematic once the software is delivered to you.

Even though offshore companies are often able to hire a lot of developers and to keep them on standby, there’s a lot of turnover as well. Developers won’t wait around until they’re needed -- they will take any job that comes along so that they can keep working. Software developers in foreign countries often jump from one company to the next, making it difficult for offshore companies to provide consistency when it comes to your project.

Ultimately, the main reason why businesses outsource to offshore companies is to save money. However, you should think twice about doing so. First of all, you’re much more likely to end up with an inferior product if you choose offshore development due to a myriad of reasons. Secondly, you might not save money. If the software is poor, then you will have to rework it, adding costs that can exceed your budget. It’s also worth noting that one of the reasons that offshore development seems cheaper initially is because they don’t pay their software engineers as well. Cheaper labor isn’t just a result of hiring lower quality developers (although it’s one of the reasons), but also because offshore companies often underpay employees due to a lack of fair labor laws in certain countries. You may be indirectly contributing to unethical labor practices depending on where you’re outsourcing your software development.

Outsourcing to an onshore company is a much safer bet when it comes to ensuring that your software will meet copyright and IP laws; however, this isn’t always the case. When interviewing onshore developers, make sure that you ask about copyright and IP laws and how seriously they take them.

Check our related post on how long does it take to build custom software for business.