PHP vs ASP.NET: What Should a Business Owner Know When Comparing Solutions? 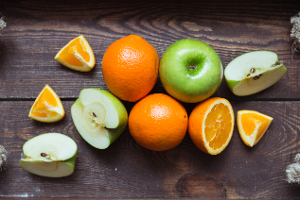 What You Need to Know About Comparing PHP and ASP.NET


Small, medium and large enterprises in today’s globalized, digital market have a myriad of choices when choosing the most appropriate software/enterprise application or system for the corporate projects and the development of products or services. One of the most ubiquitous technologies is the development of personal and corporate websites, which today, unlike some decades ago, is composed of dynamic front-end elements (i.e. the Web 2.0) emphasizing user interaction and robust web applications. While the client-side/frontend section of a website is typically developed using a variety of programming and markup languages - like HTML, CSS, and JavaScript - the backend (server-side) web services are typically associated with a backend programming language: a SQL-based RDBMS for data storage and querying. A backend services programming language can include a scripting language like Python, or more commonly a high level, dynamic language like PHP (Personal Home Page). Other options include the usage of a managed code developmental framework, such as ASP.NET, which is the web development service within the .NET Core/Framework from Microsoft. Framework often uses C# as the programming language, while also offering a variety of modules and tools for web development.

Answering the age-old question of whether PHP is better than ASP.NET for backend web service development depends entirely on the needs of a particular business or project. PHP was originally designed in 1994 to create robust web page tools and web applications  and is an open-source, C-based language with Perl-like syntax. ASP.NET is a managed code framework within .NET for web development. As a framework for web development, ASP.NET does not function as an actual programming language, but often uses C#, a C-based language that is meant to run via the .NET run-time. Accordingly, while .NET Framework developers were previously tethered to using costly Microsoft systems requiring a license, such as Microsoft server and Operating systems, the updated .NET Core is open source and can run on a variety of platforms. Such cross-platform development allows for a variety of companies to utilize the .NET system for development. Contrasting this, PHP - a programming language - can be used standalone (“vanilla PHP”), but also often uses developmental frameworks for web development, such as Laravel.

While PHP (often used along with an Apache Server, MySQL, Linux, within the LAMP stack) may be more appropriate for certain corporate needs - such as those projects requiring minimal overhead and speedy execution - ASP.NET may be better for larger businesses that have deployed a number of Microsoft servers and who need a managed code-system with modules that work together within a managed framework.

An Introduction to PHP and its Business Uses

Modern PHP (PHP: Hypertext Preprocessor) is a high level, dynamic, scripting language that is used to build web pages and web services on the server side. As a server-side scripting language, PHP is often used in lieu of Python,another service-side programming language. Since PHP does not utilize a managed code system, it may not be as secure, but likewise allows developers to be more creative, and to design web elements in a unique way that is not dictated by the managed code system of the .NET family. Additionally, PHP is free, open source, and can run on any platform, making it a more flexible and scalable solution for certain projects.

An Introduction to ASP.NET and its Business Uses

ASP.NET, as a web development framework typically utilizing C#, is a bit more limiting in requiring a developer to “play by certain rules,” namely the rules of the managed code framework which governs the run-time of code execution. While developers are not as “free” when utilizing ASP.NET, the more “limiting, rule-based” nature of .NET also means modules are often available and “forced” by the managed code system to work together, thus making development, testing and deploying apps much more seamless and quicker. Since developing robust sites utilizing the ASP.NET system does not require extensive code from scratch - and ASP.NET can be integrated with powerful Microsoft systems, such as Microsoft SharePoint for app development, management and deployment across the board - web development with the framework is often less resource-heavy. However, due to typically working with GUI-heavy Microsoft systems, performance benchmarks indicate that utilizing a PHP stack (such as LAMP) often allows for less resource-heavy code execution on Unix and other systems. As has been noted, ASP.NET Core, formerly known as ASP.NET VNext, allows cross-platform development as well, which mitigates the costly Windows licenses required of the .NET Framework and Microsoft Servers.

What Are the Main Differences Between PHP and ASP.NET

There are a variety of key differences between PHP and ASP.NET. One of the most critical differences between the two developmental systems is that PHP is a programming/scripting language, not a framework, while ASP.NET is indeed a managed code framework based on the .NET system. Due to being a framework, technically .NET can work with a variety of programming languages, though C# is the most common language for development with the .NET family.

According to SimilarTech, ASP.NET is the base of over 2,700,000 websites, versus over 8,000,000 websites that use PHP. PHP also leads ASP.NET in all segments of market shares, including the top 10,000 sites, the top 100,000 sites, and across the entire Web. When it comes to website categories, PHP has more varied coverage across industries, and leads in Business, Art, Entertainment, Shopping, Internet, and Telecom. (“ASP.NET vs PHP”)

Comparing benchmarks, including metrics such as performance, scalability, support, technical complexity, and cost - as noted by Comentum.com - PHP is typically faster in execution in most situations (when using the LAMP stack), is more cost effective, is more documented (due to being open source for decades), and allows for equally scalable development when all programming best practices are followed (“PHP vs ASP.NET comparison”). Also, due to being completely platform independent and requiring no license fees, PHP is often used by SMEs - and even larger corporations - to cut costs for all phases of the software development life cycle.

The Costs Associated with Each

One of the most important factors when selecting the most pertinent development language/framework for corporate projects is the cost associated with each options. The costs of PHP versus ASP.NET is a somewhat complex issue, since ASP.NET deployment depends on the platform of choice. However, as a general rule, PHP is completely free and open source, while ASP.NET is licensed. Additionally, the entire LAMP stack is completely free, versus Microsoft systems (Microsoft OS and  Microsoft SQL server) which can be costly. It is important to note that .NET Core is platform independent and does not necessarily require expensive licenses, and thus development with ASP.NET Core may or may not incur high licensing fees.

The Size of Your Organization May Indicate Which Solution Works Best

Scalability and company/project size are just as important as framework costs. In almost all cases, certain solutions work better for different sized companies. Thus, in order for businesses to choose the most appropriate web development system, they must understand that PHP may serve small businesses better, while larger companies may be better off leveraging ASP.NET for web development. When it comes to scalable development, if Microsoft systems/servers requiring expensive licenses are used, as a website scales, more servers may be required for the website to remain optimized and running. This may incur more fees for additional servers/licenses. Thus, large companies with  significant funding and the ability to maintain such high overhead may benefit from the utilization of ASP.NET, especially if their projects require the use of Microsoft systems, or the company already has licenses for such servers/systems. Contrasting this, for SMEs, PHP may be a better option for a variety of reasons.

PHP May Be Better for Smaller Companies

PHP originally stood for “Personal Home Page” and was created for personal, small projects, and inherently may pertain more to SME web development projects. Since PHP has been open source for decades (since 1995), a friendly community of code experts are always available via the Web for help with development issues, along with PHP being thoroughly documented, thoroughly tested, and constantly optimized.

Since ASP.NET can help the efficiency and overall performance of large corporate workflows and projects - largely in part due to its integration with Visual Studio, SharePoint, and other robust Microsoft tools - larger enterprises that deploy licensed Microsoft systems/servers may benefit from using ASP.NET over PHP. This includes large IT departments, large corporations, and international organizations.

Some considerations associated with the above include:

As PHP was originally created for the development of more optimized, better-looking personal web pages, PHP is able to provide web developers with a set of tools that often create better looking and better performing websites. This may be why PHP is used much more for personal and business websites, including most social media websites, such as Facebook (subsequently refactored using HPHPi  & HHVM).

When it comes to the development of business websites within a corporation's intranet, security and function are critical, along with integration with other enterprise IT systems. This is where ASP.NET shines. Due to being a managed code system, all code is ensured to be secure at run-time. Additionally, ASP.NET developed websites are easier to build with functionality in mind, since different modules are ensured to work together by the framework, so that at run-time there are often fewer bugs, ensuring company efficacy without the need for constant maintenance and testing. Since ASP.NET is often selected for development of web services and websites to be deployed on Windows systems and/or IIS, companies that need to use Windows systems and have the funds to pay for extensive licenses may benefit from using ASP.NET for internal intranet websites. When other Microsoft services are integrated into ASP.NET, there is potential to greatly increase workflow efficiency, productivity, and management of company operations/projects. It can be a little challenging to make ASP.NET’s end product appearance as appealing as PHP, which is another factor that must be considered.

Business Owners Need to Think About the Purpose of Their Websites

Ultimately, the most appropriate solution for a business is based entirely on the specific needs of the company. Choosing PHP over ASP.NET, or vice versa, should be based on a company’s IT strategic plan, and should align with the goals of the company. Scalability, performance, security, functionality, aesthetics, integrations, and costs - among other things - should be thoroughly analyzed when companies decide which developmental system to use for their projects. While PHP may benefit smaller companies due to being free and heavily documented - along with requiring minimal overhead - the power of ASP.NET, with its focus on security and functionality, may make ASP.NET a better choice for larger enterprises who need a robust system that integrates well with already existing Microsoft systems and solutions. It is up to the Chief Information Officer (CIO) and other company executives to determine the best IT system that is most appropriate for a specific company’s web development needs.