Quantum Computing - What Impact May This Have on Your Business? 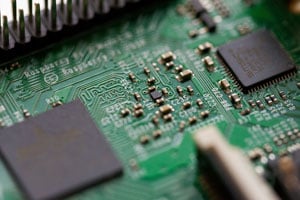 How to Get Into Quantum Computing: Impacts on Your Business


Like many new technologies often do, quantum computing sounds like science fiction. There’s a good chance you’ve heard the phrase “quantum physics,” and there’s also a good chance that you’re not quite sure what it is. Not many people do as it’s a complicated subject. However, the idea of quantum computing isn’t as difficult to grasp as you might think--and quantum computing is something that’s not that far away from being available to the mainstream, which means it will definitely affect businesses. Because of this, you’ll want to learn what quantum computing is and what potential impact it could have on your business.


What is Quantum Computing

Traditional computers use long strings of bits that encode either a zero or a one. A quantum computer uses qubits (quantum bits). These qubits encode the zero and the one into two distinguishable quantum states. But the big difference is that superposition and entanglement can occur with quantum particles. This means that quantum particles can be in multiple states at the same time and that they can be inextricably linked in perfect unison even if they’re far away from one another.

Quantum computers are also not very practical. They’re absolutely enormous and superconducting circuits need to be kept at sub-zero temperatures to operate. However, IBM does have an open-source programming framework available, called the Qiskit. It provides users with the tools they need to create and manipulate quantum programs and to run them on prototype quantum devices and simulators.

The fact that quantum computing is quickly becoming a reality (and that the race to build the first real quantum computer is on between some of the biggest companies in the world, including IBM, Google, and more), means that many companies are keeping a close eye on developments. They know that access to quantum computing would allow huge improvements in the effectiveness and efficiency of their business practices.

For example, companies in the financial and banking industry could use quantum computing to analyze thousands of assets to identify the best investment options. Healthcare companies could simplify clinical trials and run simulations for different drug compositions on human DNA with ease. Companies in the supply chain industry would be able to simulate large system-wide scenarios (such as global distributions) to identify their best options.

While real quantum computers have yet to be built (those that are built are considered more or less prototypes), you can still begin learning quantum programming. Doing so can prepare you for when quantum computing becomes more readily possible, allowing you to get a step up on the competition within your industry. Here are a few resources that can help you learn quantum programming:

Microsoft’s Quantum Development Toolkit will help teach you Q#, which is the new quantum-focused programming language. The toolkit contains enterprise-grade development tools that are fully integrated with Visual Studio.

The QISKit is an open-source Python software development kit provided by IBM. It allows users to work with the IBM Q experience as well as OpenQASM.

Finally, be sure to check out the notes on John Preskill’s lectures regarding quantum computing to learn more about it.


Influences on Your Business

While companies in certain industries will benefit greatly from quantum computing for a number of specific reasons (some of which were previously mentioned), quantum computing can benefit businesses as a whole in the following ways:

One of the biggest advancements that will be made as a result of quantum computing is in cryptography. Traditional computers cannot be used to break encryption using large prime number factorization (such as 300+ integers), whereas with quantum computers, decryption will be incredibly simple. This basically means that it will be much easier for businesses to protect their digital assets.

Large, complex data sets are required to forecast various scenarios. For example, forecasting the weather requires a lot of data, but it’s limited due to how much data a traditional computer can handle. When too many factors are involved, it will take too long to run the simulation -- to the point that by the time the simulation is done running, the targeted weather pattern has already come and gone. Quantum computing will be able to speed up the process immensely using countless factors to better forecast different scenarios.

Finding patterns in the data that you’ve collected can help you predict future patterns, allowing you to make more effective business decisions. Quantum computing could help to identify complex patterns in large sets of data. Companies like Volkswagen are currently exploring how quantum computing can help identify patterns; for example, they may be able to determine traffic conditions 45 minutes ahead of time based on past traffic conditions.


How Quantum Computing Improves Your Business

Successfully using quantum computing could help your company in these ways:

The ability to perform faster and more accurate data analytics could potentially allow you to identify more marketing and sales opportunities and increase your revenue. For example, you could identify certain market trends that forecast where the market is going so that you can adjust your marketing and sales strategy accordingly.

Quantum computing could help reduce your company’s overhead in many different ways. For example, the data analytics capabilities would allow you to implement more effective marketing campaigns, reducing the amount of resources that you put into lower performing strategies. Using your available data, quantum computing could also help identify any inefficiencies in your production or in the delivery of your products or even in the scheduling of your employees.

Quantum computing could help to lower the amount of money you need to invest in your company’s physical infrastructure. For example, if you provide some kind of delivery service, quantum computing could help determine the most efficient ways to send out your vehicles based on trends in customer orders and traffic patterns. Organizing delivery times and driver routes more effectively could potentially reduce the need to invest in more drivers and more vehicles.


How Long Until We Can Expect Quantum Computing to Disrupt Markets?


Need a Little Help Making Sure Your Tech is Future Proof? Check Out our Quiz Today!