Should You Launch Your App on iOS and Android at the Same Time?

Simultaneously Launch iOS and Android or Start With Just One? How to Decide 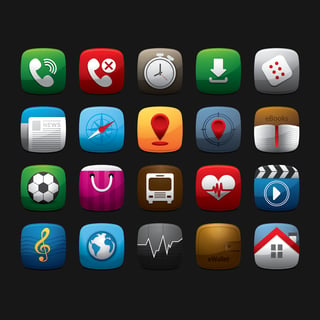 When deciding to launch mobile or tablet applications for business or personal purposes, having a clear goal in mind can help to determine whether to deploy apps for both iOS and Android at the same time, or whether to choose one specific platform for production. There are several key differences between the iOS and Android platforms, including the market, coding language/SDK, APIs, design architecture, and demographics. Though it is possible to launch an iOS app along with an Android app, doing so would require some critical steps in aiding to produce a unique version of the same app that suits each platform. Ultimately, deciding which platform to deploy on initially - or deploying on both - can significantly affect the bottom line of any organization. That said, there are several key areas that must be addressed by executives when deciding whether to deploy on both platforms simultaneously, or whether to start with one particular platform. The major factors are cost, monetization, code translation, demographics, and architecture/design.

The major takeaway from any simultaneous-deployment versus singular-deployment decision is that the former requires more time, expertise, and money to succeed. Contrasting that, deploying on a single platform might be more cost effective, and can allow a business to focus on a specific demographic and on quality development and testing. That being said, there are some ways to mitigate time and costs when deciding to deploy an app on both platforms. For instance, the cross-platform development software package Xamarin allows for iOS and Android apps to be written in C#, all while using native code where needed. Other popular alternatives are React Native and hybrid application frameworks like Ionic that let you use a mix of native and web technologies (HTML/CSS/JS). Regardless of what decision is made, developing an application for one platform, or both platforms, is a significant decision that must take into consideration all aspects of iOS application development versus Android application development.

Why Would You Only Launch One at a Time?

There are several important reasons for initially developing an application for one platform as opposed to deploying an app on both platforms simultaneously. Developing for one platform not only helps to cut time and money requirements, but also allows for a potential increase in workflow quality among engineers, QA testers, designers and developers. This is due to the need for more teams and expanded personnel operations - with regards to simultaneous platform development - which often results in inefficient workflows, poor inter-silo cooperation, and less-than desired peer communication. Along with above, a more focused marketing and financial strategy can be created to benefit an app deployed on one platform in the initial stage. There are also technical advantages for deploying an app on only one platform in the initial stage, including the requirement to utilize only one core programming language for the given platform (Java/Kotlin for Android and Objective C/Swift for iOS), and the ability to devote more time to conducting extensive software and security testing.

iOS and Android Use Different Languages for Coding Than One Another

As noted before, the iOS and Android platforms differ in several key ways, one of which is the core language used to develop apps for each platform. While Android apps are developed in Java (with the ability to call from C/C++) - and recently with the interoperable, statically typed language Kotlin - iOS is developed using Objective C and, recently, Swift. Java is loosely based on C++, Kotlin is innately linked to Java and the JVM, while Swift/Objective C is loosely based on C. Due to differing syntax and constructs, mastering both language groups is generally a requisite for developing apps that are to be deployed on both platforms simultaneously.

Java is implemented via the Java Virtual Machine (JVM), which is a part of the JRE (Java Runtime Environment) and JDK (Java Development Kit). It is highly scalable and interoperable, while - depending on how clean the code is and whether the JIT compiler is used (for instance) - it is often a bit slower than C, C++, Swift, etc. Thus performance must be taken into account, while functionality, scalability, and the platform-independent nature of Java must be analyzed when engineering teams contrast it with Swift for dual-deployment development purposes.

On the other hand, Kotlin runs on the JVM and can both call Java code and transpile to Javascript. Kotlin is thus interoperable with Java/Android with regards to development, and is on par with Java regarding performance.

That said, the most critical factor, with regard to the differing platform-related languages, is the cost of mastering, using, and optimizing Java/Kotlin and Objective C/Swift, as opposed to needing only one or the other language for development.

Each Platform Has Different Rules for Their Apps

The iOS ecosystem has more extensive and strict rules pertaining to several factors associated with iOS app development. This includes the closed-source nature of the iOS, the closed APIs of the iOS ecosystem, and even the more strict rules governing iOS user-interface (UI) design and application approval. Because the Android ecosystem is less strict and typically open-source, development for each platform may require differing timetables, such that “simultaneous” deployment may not realistically be possible in a truly simultaneous fashion. One of the most significant rules that each platform dictates on designers is associated with how the UI is designed.

Guidelines for an iOS App

As noted above, Apple’s iOS has very specific rules to regulate the design of iOS apps. For instance, iOS app icons are usually square and flat. The animation style of the iOS platform is also different, and thus, while one method of decreasing dual deployment-work is translating Java/Kotlin code to Objective C/Swift or using a hybrid-code framework, the workaround of developing the UI for one platform and then converting it to the other platform may still require some remodeling of the application’s design/wireframes and overall UI.

Guidelines for an Android App

Contrasting iOS’s design paradigms, Android’s design regulations are more relaxed, while the platform uses Google’s Material Design language for UI design. Additionally, Android’s icons can have a transparent background, allowing more designer creativity with regards to icon shapes and design constructs. The hardware architecture and features of Android devices also influences some design choices utilized by most Android app developers. For instance, contrasting iOS devices, Android devices usually have a physical “back” button, making the inclusion of a “back” tab/button in an app redundant. Overall, the design guidelines associated with the Android platform typically allow for easier design workflows.

You Can Rush an Android App to Market Faster

One of the most critical factors associated with app dual deployment on both platforms is the timetable associated with actually having an application approved and published. While it is more feasible to rush-release an Android app (for instance, in the event of needing to meet a deadline), the strict, highly-moderated approval process for iOS applications means waiting a minimum of two weeks before an app can reach the market. This must be taken into account when planning to deploy an application on both platforms, simultaneously. An additional factor is the fragmented state characteristic of the Android ecosystem, which is composed of a myriad of different devices, from smart TVs, to smartphones, tablets, and more, each with different Operating System versions and patch releases (with regards to security for the latter).

The demographics associated with each platform must be fully analyzed and understood by project managers and business executives. While determining market strategies for each platform separately is important, one advantage of a dual deployment is the ability to reach a much greater audience than would be possible with a singular deployment. By deploying an app on both iOS and Android markets, virtually all application demographics can be reached, which can have a major, positive effect on a business’s bottom line.

According to TradeMob, while U.S.-based higher-income users typically use an iOS device, lower-income users in the U.S. tend to use Android devices. At the same time, while Android has a greater smartphone app download market share, iOS has more app downloads, as of 2013. Even more, the open-source nature of the Android platform meets the needs of a very specific demographic, while the closed-source nature of the iOS platform is more advantageous to a specific audience. This means that each platform caters to a different audience, and so differing marketing strategies would need to be constructed and tailored to meet the needs of each platform’s specific demographics. Such tasks require more time and money with regards to simultaneous platform deployment.

There are four key factors to consider when deciding on whether to implement dual-platform app deployment, or whether to deploy an app on a single platform. Those factors are cost, monetization, code translation software, and development requirements.

Assess the Goals of Your App

The ultimate and most important factor of any application is whether the bottom line of the business is being improved. This factor is based on an initial, primary goal being set before an application is deployed, where analysis must be undertaken to determine if deployment on a singular platform - or simultaneous deployment on both platforms - meets the goals of the business. Once goals are set and thoroughly assessed, business executives can determine which type of application deployment is best.

Match The Steps Required to Meet Those Goals Against Existing Platforms

Does your business application require quicker deployment, easier-to-implement APIs and an open-source nature, along with more scalability and interoperability to meet the needs of certain lower-income users? Or does your application require a faster-performing, closed-source, more regulated platform to meet the needs of certain demographics? It is important for businesses to align their business goals with the platform that best meets such goals.

Deploying an app is an important step for any business to make. Determining whether it is profitable to deploy an application on both the iOS and Android platform - or simply on one or the other - is a critical decision that such a business will have to make. There are advantages and disadvantages for singular platform app deployment versus dual platform deployment. While dual deployment allows a business to reach all corners of a market, deploying an application on both platforms requires more time, money, expertise, planning, strategic thinking, and application testing. That said, the iOS platform has certain advantages that the Android platform lacks, while the Android platform has certain factors that may attract businesses to the platform. In the end, everything culminates in the most critical factor - the core goal of the application, and whether either platform - or both platforms - meet the end goal and better the business’s bottom line.