Technology Ethics - Deciding What's Ethical & What Is Not 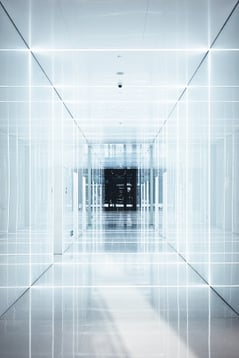 
Most businesses are well aware of business ethics. Unfortunately, some companies have a habit of foregoing business ethics in favor of profit as long as they aren't overstepping any legal boundaries. These days, the reputation of a business is more affected by poor ethical decisions due to how quickly information spreads. Some companies simply try to do the right thing in conducting their business, and many businesses make a concerted effort to maintain ethical business practices in order to maintain a good public reputation. However, as technology continues to advance, new ethical questions involving the use of technology have begun to emerge that businesses must consider.

Ethics are a set of moral rules by which people live. They provide the foundation for understanding the concepts of right and wrong. However, ethics aren't necessarily enforceable by law. For example, it's not ethical to kill someone--and that is something that is enforced by the law. But it's also not ethical to lie to someone, and that isn't (necessarily) enforced by the law. Ethics constitute a set of moral principles or rules of conduct.

Business ethics concerns the moral principles of not just the individuals at a company, but the company itself. An example of poor ethics would be of a company buying land in a third world country that contains a valuable water source. They use that water source to bottle water and sell it. However, that water source may have been the only source of water for a local tribe. Instead of allowing them continued access to that source of water, the company might shut off access and require that they purchase their bottled water instead.


What is Ethics of Technology?

The simplest definition is that technology ethics is the application of ethics to technology. What's not so simple about it is that new technology provides more information and power that we never had before, leading to new ethical questions that we've never had to answer. As an example, studies show that excessive use of social media by children is harmful to their overall development and well being.  In fact, top tech executives know their technology is addictive and harmful and don’t allow their own children to use social media. While not illegal, is Facebook acting unethically by getting children hooked on their product at an early age? This is the type of ethical question that is emerging as technology continues to develop at a faster rate.

The use of automation technology has allowed businesses to collect valuable data about their users, such as how they behave on their website (what pages they visit, what links they click on, etc.). This data can be used for marketing purposes, but there are certainly some ethical questions concerning the privacy of users since their actions are being tracked. Europe recently passed the GDPR (General Data Protection Regulation), which requires websites to notify users of any data they collect on them as well as provide the option to opt out. Such regulations have yet to be passed in other parts of the world, including the U.S.

More and more businesses are becoming paranoid about their vulnerability to corporate espionage. They don't want their data stolen, so they take extra precautions and expense to put cybersecurity in place. In fact, some companies have included clauses in their employee contracts giving them the right to monitor their employees' electronic activity to ensure that they aren't giving away trade secrets. However, monitoring your staff in such a way could be considered unethical.

The ability to communicate directly with your audience via email, phone, or even chat, means that there's a lot of potential for business ethics violations in terms of withholding information to try and close a sale, providing inaccurate information, and more.

One of the big controversies over the past few years relating to advertising is the use of native advertising, which is the creation of editorial-style content. Readers are beginning to have issues differentiating traditional editorial content from advertiser-presented content. Sometimes you can’t tell if content is an advertisement or not. Businesses are essentially trojan-horsing their advertisements to readers in the guise of an editorial, in essence, tricking them.


The Context of Ethics in Technology

Is it Benefiting Humankind or Not?

The first thing to ask is whether a technology is created for the betterment of humankind. Sometimes, it obviously is. For example, new technologies have recently been developed that have allowed previously paralyzed individuals to walk again. It's hard to argue that this isn't an enormous benefit. But then you have technology that was developed as weaponry for the military. It's hard to argue that the atom bomb benefited humankind considering its potential for wiping out the world as we know it.

Some forms of technology may be a bit more difficult to identify as being beneficial or not,for example, social media. At first glance, it seems like an incredibly beneficial technology--it allows people from all over the world to connect and engage with one another and to stay in contact with friends and family. However, on closer inspection, there are some serious ethical issues that are beginning to pop up, such as privacy issues (people exposing the personal information of others through social media), the spread of misinformation, online bullying, and the stunting of real-life social skills.

Is it Severely Empowering People While Choking Others?

Some technology is meant to help improve society, but it ends up hurting society at the same time. One form of technology employed by many businesses in this day and age that does just this is automation. Automation allows for certain mundane tasks to be performed automatically using automation software tools. The use of automation can greatly improve the efficiency of a company.

For example, you can implement a chatbot on your website that engages with visitors who have questions. This chatbot is an automation tool that will pull from hundreds of answers to common questions to respond to visitors in real time. Having a chatbot allows you to engage with visitors any time they need help, 24/7. While this makes your company more efficient and certainly benefits your website's visitors, it also means that you're not hiring customer service representatives to handle the job instead. Essentially, you're replacing real human labor with an automation tool.

The use of automation can be seen in many industries and although it's helping to significantly increase efficiency and cut back on costs, it's costing people jobs.


When is Technology No Longer Ethical?

You're not going to implement technology that doesn't help your business, which means simply identifying its use as beneficial does not mean that its use is ethical. You need to consider everyone being affected by your use of the new technology to determine whether its use is ethical or not. Too many businesses focus on their bottom lines. They weigh potential ethical questions based on how the use of a certain technology could affect their bottom line both ways before making a decision. If it comes to this point, its use is probably not ethical.

How to Navigate Technology Ethics and Business

First, ethical decisions should not be based on whether or not the technology in question will benefit your company financially. Companies that do this often make blatantly unethical decisions. However, like previously stated, not all technology is blatantly ethical or unethical. There are gray areas, like collecting user data.

The best course of action is to do your research into the technology in question to identify potential ethical issues that could arise. You don't want to face these issues once the technology has already been implemented. Secondly, be transparent about the technology you're using. Transparency can help solve some ethical dilemmas. For example, letting your website's visitors know that you're collecting data on them and giving them a chance to opt out is an ethical solution to what has been an ethical challenge for many companies over the past few years.

Last of all, use your own moral compass and promote a culture based on acceptable business ethics throughout the office. One of the reasons why a lot of businesses end up using technology in an unethical manner is because single individuals are not held accountable and those in the boardroom may not feel like a company is bound by the same ethical obligations that individuals are.