Software Applications for your Business Needs 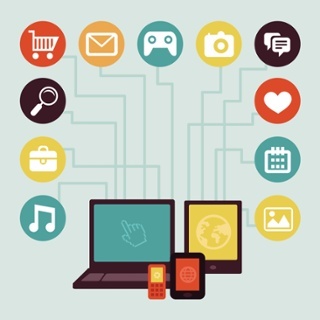 Modern organizations and businesses alike have come to largely rely on different software systems for many of their major day-to-day corporate operations. From e-commerce, to communication, billing and customer service, the myriad of software applications that exist today form a particularly large portion of a company's infrastructure. Due to this, it is pivotal that the correct software systems are implemented to perfectly integrate with your business's operations, mission, and marketing strategy.

In order to correctly facilitate the goals of your business, a strategic and thorough analysis must be utilized to correctly determine the exact type of software needed to perfectly meet your needs. This will assist with employee efficiency, corporate productivity and a reduced overhead, which greatly affects the bottom line of your company in a positive way. Some examples are CRM software (Customer Relationship Management), Big Data analysis systems, productivity software, BI applications (Business Intelligence), etc. among others.

One of the major choices that your company will have to face, when deciding to implement and develop software to meet your corporate needs, is deciding on the age-old question: should your company use mobile applications or web applications?

Mobile applications are native apps that rest upon the mobile OS that a particular mobile device uses. The application is generally downloaded from an app-store and installed on the device in question.  The app can then be launched at any time by the end-user in order to use its functions and operations.

Web apps rest on a backend web application server and are integrated with a web page, allowing interactivity with users who engage with the content using a web browser.

From a technical standpoint, there are some notable differences:

Diving further into the worlds of each application type, mobile apps rest on the mobile device itself after download and thus can be used offline and at the convenience of the end-user. These types of apps use different types of database systems for storing data and often connect to backend servers via a network. Thus it is important to note that mobile apps, like web apps, often require an internet connection, but not always. Some examples of popular business mobile apps are Slack, Google Drive, Skype, LinkedIn, and Expensify.

Web apps can be used via virtually any browser at any location that offers an internet connection. They generally store data in backend database servers and, unlike mobile apps, do not need to be downloaded or upgraded (by the end-user). Some examples of powerful business web apps include the web versions of Facebook, OneDrive, Google Drive, Google Search Console (formerly GoogleWebmaster Tools), etc.

Mobile apps and web apps have much in common, yet where they differ is very significant, such that those differences should determine whether one is more applicable for your corporate needs over the other. Though having both would serve the needs of many corporations, that is not always cost-effective or feasible.

Pros and Cons of Each Software Type

Vis-a-vis above, mobile apps have several advantages over web apps, and vice versa. Below is a brief overview of a more detailed look at how web apps and mobile apps stack up against each other, by comparing and contrasting the pros and cons of each in 5 major categories: cost, efficiency, accessibility, development, and security.

What does this mean for your business? Factoring in the end-user

Statistics for mobile applications presents a very interesting overview of how much mobile apps are used versus web apps, and how often end-users continue to use such apps. This can not only help your company choose which type of app to use for your business needs, but can also aid in your understanding of customer retention and returning an investment via app monetization.

Perhaps one of the most striking stats for mobile app usage is that end-users spend 90 percent more time using native apps than using the web (Flurry Analytics, 2015).[3] This can mean more productivity out of using a mobile app. However, according to James Tiongson, about 25 percent of installed apps are never used by the end-user (Google, 2015). [4]

At the same time, a web app (website) may be easier for your customer-base to find and utilize, while mobile apps have one route to be found - the platform's app store. Another factor to take into account is the fact that web apps do not greatly diminish the resources of a mobile device as readily (relatively speaking) as a mobile app. All of these insights must be taken into account when deciding on choosing a web app or a mobile app for your business.

While the above information is interesting, one major factor that must be included is the end-user. The type of application, in conjunction with the type of service offered by your company, is very significant in regards to the demographics of the targeted end-user. Why is this significant? While most consumers (end-users) may utilize native apps on a more frequent basis during their day-to-day, corporate enterprises and small businesses alike have only begun to utilize mobile platforms in their daily operations, which translates to businesses using web apps more than mobile apps. As noted above, this is in sharp contrast to general consumers. So while mobile apps may seem to be used more and may appear to be the way to go for evolving your business operations, the type of service offered - and consequentially the type of application and the targeted end-user demographic - must be taken into account before planning to deploy a mobile app over a web app.

Yet another factor that must be taken into account is the screen resolution of mobile devices versus desktop and laptop devices. Web apps that are typically viewed via desktops & laptops will not always translate well to the smaller screen of a mobile device. Such a web-to-mobile app translation may result in an undesirable UI (user-interface) for end-users, making it more favorable as a web app viewed on a PC/Mac. Since the demographics of the end-users are significant, an app that is to be mostly used on-the-go benefits more from being a native app, while business personnel who do their work in an office will generally use a PC/Mac more often - hence using desktop web apps more - and thus such business apps would benefit from being deployed as web applications. That said, mobile platforms are showing an impressive growth in their usage by both consumers & business personnel alike, and that too must be taken into account when determining which type of app better suits your business needs.

Business software forms the foundation of corporations today, thus choosing the correct type of software system and its implementation is a key part of any business strategy. Mobile applications and web applications both have great aspects associated with their differing systems, and while they both have their advantages, their key differences reveal which one is better for your particular corporate needs. The major selling points for mobile apps are accessibility, speed, convenience, the availability of platform SDKs, and efficiency. The major advantages of web applications include low cost, easier development, no need for user-patching & updating, a slightly more secure environment, and no necessity for cross-platform development (though deployment across multiple web browsers requires more testing and potential maintenance overhead). In addition to this, the targeted demographics of the end-user must be identified and taken into account since a consumer-based app may benefit more from being deployed in the form of a native app, while a business app may benefit more from being deployed in the form of a web app. It is necessary for your company to analyze the business strategies that will meet your goals and decide which type of application will best integrate with - and fulfill - those objectives.

1. Statista (2016). "Number of available applications in the Google Play Store from December 2009 to December 2016" [Web Article]
Retrieved from: https://www.statista.com/statistics/266210/number-of-available-applications-in-the-google-play-store/