The Business Value of Investing in Automated Testing

What is Automated Testing? 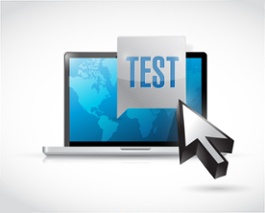 Automated testing is a field within system testing that uses a suite of tools to automate test cases that can output data, reports, and metrics to increase the efficiency and productivity of your company, while giving your personnel more time to perform other critical tasks, which helps to reduce time consumption and to decrease overhead.

The 2013 Trends in Automated Testing (Worksoft research report) noted that over 80 percent of enterprises indicated that their business benefited from automated testing in different areas of their corporate infrastructure, which generally comprised of three to six specific key benefits [1].

Today, trends show that the utilization of automated testing technologies is increasing. In addition to this, according to the World Quality Report, there has been a 67 percent adoption of the DevOps framework by different companies in 2016 - which, for many, focuses on early developmental testing of software, which is key since DevOps typically uses automation for development, testing, and more [2].

Manual testing is a process where a professional tester conducts a series of tests using IT tools to determine several factors of a system, generate reports, etc. This is carried out very carefully, step by step. Automated testing differs from manual testing by not requiring direct human involvement with the testing process, but is done via testing suites & scripts. Typically, automated testing does not remove the need for manual tests altogether.

Decreasing the number of tests that must be conducted manually is one of the main goals of automated testing, yet perhaps the biggest goal of automated testing is to have the capacity to ensure that every part of a system is tested in an efficient, systematic and complete way, and using a methodology that is easily repeatable. The latter goal aids in consistently ensuring that systems which have been updated, patched or integrated have not regressed or developed bugs (i.e. consistent regression testing).

All of the goals of automated testing help to increase productivity due to the fact that manual testing of all workflows, systems, cases, scenarios, etc. requires a greater amount of time and cost. Since scripts & suites can run automated tests without human intervention, your personnel can perform other tasks that can help to facilitate the growth of other sectors of your company.

What is the Value of Automated Testing?

Automated testing can reduce company overhead, increase business efficiency, decrease the time spent on testing by personnel, increase the overall speed of testing (when parallel tests are carried out on multiple machines), and decrease the margin of error that is often introduced with manual testing by humans.

Automated testing has other advantageous factors, such as:

The ROI associated with conducting automated tests in your company is interconnected with understanding when and how to conduct such tests.

Generally speaking, a test case is built first on the mechanisms of a manual test that has been carried out for a particular system.

Test cases where automated testing suites are most favorable include cases that require repetition, cases that are very tedious and/or extensive, cases that take up large amounts of time, and cases that are difficult or complicated to carry out manually.

Carrying out manual testing on repetitive test cases can result in the introduction of human error, while tedious and difficult cases - along with time-consuming cases - can benefit greatly from automated testing by reducing HR requirements and company overhead.

Among the automated test examples above, there are a few notable mentions:

Automated testing is a valuable tool that can greatly aid small and large businesses alike in their pursuit of producing efficient, fast, and cost-effective testing systems that reduce overhead, increase efficiency & productivity, and result in a sizable return on investment (ROI). Many automated testing trends reveal the massive scope of automated tests for the current year and for the near future, illustrating the large investment put into automated testing by major enterprises that seek to increase their productivity & efficiency in order to improve their corporate bottom-line and obtain a return on their investment. The reduction of human-based errors associated with manual testing, along with the ability to remotely test a large group of cases overnight during off-work hours, makes automated testing one of the greatest technological mechanisms today for improving your corporate bottom-line.