The Future of Cloud Computing and How to Understand Trends 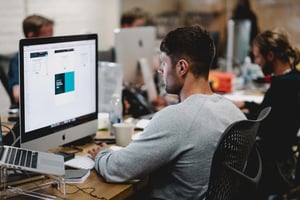 Predictions and Trends on the Future of Cloud Computing


There have been many advances in computer technology over the past decade or so, but one of the biggest to have transformed the technological landscape is cloud computing. It’s a term that people are becoming more and more familiar as it becomes more integral to both business and personal use. As commonplace as cloud computing is becoming, the technology continues to evolve, bringing with it new uses and advancements every year.

What is Cloud Computing

One of the challenges of owning a computer system is maintaining the space needed to hold all of your data. This is especially true for growing businesses that need space for customer data, employee data, sales and marketing data, and much more. Once you run out of hard drive space, you’re forced to buy upgrades or external hard drives. As you likely know, all of this equipment can take up a significant amount of physical space.

Cloud computing was the solution to this challenge. Cloud computing is the sharing of resources between multiple computers. The cloud allows you to save your data to a remote server instead of having to save it to your own hard drive. It allows you to save your growing volume of data and use software without having to purchase additional hardware. Cloud computing technology has actually been around for some time. Technically, you could trace it back to the 1970s, when several virtual computers ran on a single hardware. You could even argue that email is a form of cloud computing since sent and received emails are stored on a remote server and do not take up space on your computer. However, it wasn’t until Salesforce began delivering business applications through its website that cloud computing truly took off.

The Benefits of Clouds

The following are a few of the reasons why businesses rely so heavily on the cloud in this day and age and why you should as well:

What the Future of Cloud Computing Holds

As your business grows, so will your storage needs. Many businesses will eventually move from just SaaS services to having some of level of their infrastructure hosted on the cloud as well, which requires much more space. Fortunately, the cloud isn’t about to run out of storage any time soon. It wasn’t but a few years back that you would have to invest in an external hard drive just to add a terabyte of storage space. Now a terabyte is available on a mere flash drive. As technology increases, odds are the cloud will have even more space available.

Everything Becomes a Service

As cloud computing grows, so will cloud-based services, including SaaS, PaaS, and IaaS services. Businesses will likely allocate substantial portions of their IT budgets to these services in the years ahead. These services are typically available at a monthly or annual tiered subscription system that are not only easy to implement, but easy to scale as well. While there are many companies that offer such services, it’s very likely that a handful of corporations will control the cloud-based service market, such as Microsoft, Amazon, and Google -- all three of which already offer immensely popular cloud-based services.

As cloud computing became more mainstream, many businesses hesitated to adopt due to the potential security risk. After all, by using the cloud, your systems become less insulated from the outside world. While most cloud providers invest a significant amount of their resources into ensuring security (security breaches tend to hurt their reputation, after all), cyber breaches do still occur. As more and more devices become connected through the cloud, more and more hackers will figure out sophisticated ways to breach security networks. This means that security will continue being an issue as cloud computing continues to evolve.

Mainstream adoption of the cloud is a relatively recent thing, which means that new technology will likely give rise to all kinds of advancements in cloud computing. We’ve made a few predictions of where cloud computing could be headed in the future:


Rise of the Low-Power Processors

Low-power chips are already available on the existing market that allow the use of processors with low power consumption for data processing. It’s only a matter of time before low-power processors are built. This will, in turn, drive down the prices of the cloud computing services offered by cloud providers.

It will be much easier for smaller businesses to get off the ground since not nearly as much money will be needed for computer equipment. Instead of being forced to invest heavily into computer towers and servers, they’ll be able rely heavily on more affordable cloud-based services. Additionally, software will become more standardized as a result of the cloud (for example, back in the day, you needed to install Acrobat in order to open a PDF file. This is no longer required due to the cloud). All of this means that smaller companies will have less overhead when they first start out, making it easier to grow faster.

While some businesses might be all in on the cloud, many businesses will likely combine the use of cloud-based services along with on-site hardware to create a hybrid IT solution. This allows businesses to take advantage of the scalability and flexibility that the cloud offers while still maintaining the security and control that a private data center has over a remote data center.

Cloud Computing Trends in the Future

There have already been a number of technological advancements made within the past couple of years that are resulting in several cloud computing trends that will likely continue to grow in the future, including the following:

The next generation of computing will harness its power through quantum physics, which will increase computing speeds at an incredible rate. Currently, there is only one quantum computer in the cloud, which is provided by IBM. Anyone who wants access to their 5 qubit machine can have it and 40,000 users have used it.  At the moment, the cloud is the only way to access its power due to how illogical having -- or even building -- a quantum computer is. First of all, they’re enormous. Secondly, they have superconducting circuits that need to be kept at sub-zero temperatures. The cloud is what allows more than just a few people to have access to its power. What’s exciting about the potential of cloud-based quantum computing is that it could improve risk management, supply chain optimisation, and safer encryption.

As adoption of the cloud increases (along with cloud-based technology) so will the risk of security breaches. Hackers are finding new ways to breach cyber security systems, as evidenced by the many high profile breaches that have occurred over the past few years. However, despite that, cloud security has improved greatly over the years -- it’s one of the main reasons that businesses have been so willing to implement the use of the cloud. As a result of our growing dependence on the cloud, it’s likely that cyber security companies will continue developing new improvements in cloud security.

AI (Artificial Intelligence) has already found its way into many software programs (for example, the use of automation). It should come as no surprise that providers have begun taking advantage of AI to make cloud-based services even easier to access and use. Amazon has already announced numerous cloud-based AI tools, such as the ability to turn speech from audio files into time-stamped text or the ability to translate between numerous languages.

Software and infrastructure won’t be the only cloud-based solutions companies can take advantage of. You’ll be able to make your entire workspace cloud-based. DaaS (Desktop as a Service) allows companies to simply buy as little as a monitor, a mouse, and a keyboard. All applications, computing functionality, and even desktop appearance, can be obtained through the cloud.

The cloud has already made a huge impact on both personal and business computer use in a very short period of time. It wasn’t long ago that most people couldn’t even tell you what the cloud actually was or how it worked. These days, not only is everyone aware of what the cloud is, they are actively using it. However, the surface of what cloud computing can do has only just been scratched. Just as when the Internet was first adopted by the mainstream at the tail end of the 20th century, the potential of cloud computing isn’t yet fully understood. What we do know is that the future of cloud computing will likely transform the way we do business. It’s why keeping up with the latest cloud computing trends and predictions is so important.


Do you want to build something in the cloud? Speak to an expert today!