The Future of Quantum Computing - Why it is the Leading Trend 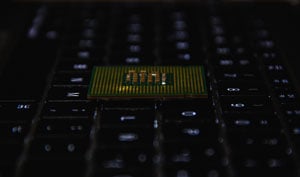 The Future of Quantum Computing: How we are Gearing To It


Computing technology has been advancing at a rapid pace ever since the very first computers were built. Even today, computer technology is constantly being updated and improved. However, there is one type of computing technology that will result in a massive leap from where we currently: quantum computing. Quantum computing will allow computers to run at incredibly fast speeds and perform countless calculations simultaneously, something that traditional computers are not capable of doing.


What is Quantum Computing

Superposition allows qubits to operate in both zero and one states at the same time, which is what allows quantum computers to perform simultaneous calculations. Entanglement refers to the relation that one quantum particle has to another. This means that when you measure the state of one qubit, you will have information about the state of another because they correlate even if they are at a great distance from one another. Essentially, this allows quantum computers to store and process a staggering amount of data.

How it all Began

Quantum computing has existed as a theory for quite some time. However, it wasn’t until 1993 that Seth Lloyd wrote a detailed proposal for building quantum computers. In fact, he was one of the first to create quantum algorithms. Along with Jeff Kimball, Lloyd worked on the first Defense Advanced Research Projects Agency (DARPA) quantum project grant in 1994. Further funding was provided by both DARPA and the NSA after Peter Short developed his number factoring and crypto algorithm that same year. Currently, many of the biggest technology leaders are invested in quantum computing and are racing against each other to build the first true quantum computer.

The Father Of Quantum Computing

Although Seth Lloyd and Jeff Kimball are renowned for their work in helping to advance quantum computing to where it is today, it’s David Deutsch who is considered the father of quantum computing. He came up with the concept of quantum computing back in the 1970s as a way to test the Many Universes Theory. This quantum physics theory posits that when a particle changes, it changes into all possible forms, including across multiple universes.


The idea of quantum computing is relatively easy to understand even if you can’t quite grasp how entanglement and superposition are possible:  quantum computing allows for a greater amount of information to be processed much faster than traditional computers. As you can imagine, building a quantum computer isn’t easy; in fact, it’s why it hasn’t been done yet. While prototypes have been built, the building process has been astonishingly challenging for researchers.


The Making of qubits

Without qubits, quantum computing isn’t possible. The dilemma surrounding qubits is that they are difficult to make. Even once they are made, they are difficult to control. They have to interact in specific ways to work in a quantum computer.  Scientists have attempted to use superconducting materials in addition to molecules of varying complexity to build qubits, but the real challenge lies in getting the qubits that are built in this manner to hold onto their quantum information for more than a few microseconds.

Currently, scientists are working with molecules that are ultracold. They discovered that quantum information can be stored for longer than usual within the gas of ultracold molecules.  However, even then, ultracold molecules are still only able to hold quantum information for a single second. Another group of researchers invented a new type of qubit, which they termed a “flip-flop” qubit. A flip-flop qubit uses the electron and nucleus of a phosphorus atom and are controlled using an electrical signal instead of a magnetic signal. The signal works by using an electric field to separate the electron from the nucleus, thereby creating an electric dipole.

The challenge of building a qubit isn’t the only difficulty scientists face in achieving their goal of building a real quantum computer. They are still working on building quantum computer chips as well. A recently published research paper suggested that ultra-thin layers of materials could potentially be used as the foundation for a quantum computing chip.


How Moore’s Law Comes Into Picture

Gordon Moore, the founder of Intel, created Moore’s Law, which is the principle that the speed and capability of computer technology can be predicted to double every two years, while costs are reduced by 50 percent. This would directly result in doubling the number of transistors that a microchip can contain. If Moore’s Law continues to be proven true, then the density of microchips will continue to decrease in the near future, making it possible to build quantum computing chips. That’s not to say quantum chips won’t be built sooner; in fact, scientists in China recently claimed that they successfully invented the most sophisticated quantum chip yet.


Quantum Computing as the Ultimate Program

Although quantum computer prototypes have been built, they are enormous and currently cannot outperform the traditional computer. They also make use of superconducting circuits that must be kept at sub-zero temperatures in order to operate.

To outperform a traditional computer, a quantum computer must have 50 qubits. IBM’s current quantum computer has only 20 qubits. How powerful would a 50-qubit computer be? At that level it could perform more than a quadrillion computations at the same time.

Quantum computing isn’t just about a faster computer that can process more information. Although human beings have obtained the ability to control the flow of electrons once electricity was invented, true quantum computing will give us the ability to control electrons at the atomic level. This ability will overthrow old physics principles and likely bring about countless advancements of major significance in the field of physics as a whole.

The potential of what quantum computing can do is impressive, to be sure. However, you might be wondering what is the point of all that extra speed and power? The power of today’s computers is already impressive, after all. Besides greatly affecting the field of physics, it will also have a big impact on how businesses are run.


Importance In Our Lives

The speed at which quantum computers will be able to function along with the ability to process huge amounts of data simultaneously will make data analysis significantly more efficient and effective. It’s one of the reasons why NASA is looking into quantum computing as it will allow them to store, organize, and analyze the insane amount of data they’ve been collecting on the universe. It will also allow for pattern matching and forecasting, which can be used in many different ways. For example, businesses will be able to use it to improve the efficiency of their supply chain. Even something like weekly weather forecasts can be improved to become more accurate through the use of quantum computing. The possibilities that quantum computing can provide are practically limitless.


What Phase Are We In Now?

We are currently in the earliest stages of quantum computing. Lloyd compares the current stage to that of the punched card stage of the earliest digital computers back in the 1950s. One of the reasons why it’s been such a challenge to build a quantum computer is due to the components that are required and not yet available. Quantum computers are very sensitive to the environment, such as noise and perturbations. Any such interference can cause decoherence, which is when they lose their quantum state.

How Close Are We to Achieving It?

We have yet to build a true 50-qubit quantum computer, but once we do, it will be some time before it can be made commercially available. However, IBM has made their 20-qubit system commercially accessible through their IBM Q Network. This allows users to run quantum computing experiments. So far, over 110,000 users have run more than seven million experiments, resulting in over 145 third-party research papers. Providing this kind of access can help speed up the process of understanding quantum computing, which will likely lead to more innovations.

Humanity Had Better Be Ready for This Major Leap

If you thought we made a big technological leap when the computer became widely available, or when the Internet was adopted as quickly as it was, or when the first generation of smartphones was released, then you’re in for a huge shock once quantum computing becomes possible at a high level.


Is Your Business Currently Future Proofed for Tech? Take Our Quiz Today!