To What Degree is Technology and Social Change Related?

The Relationship of Technology and Social Change 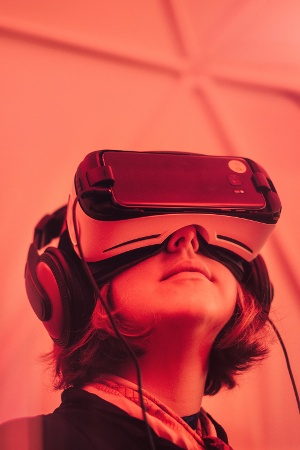 If you look at the past century, you'll be hard-pressed to disagree when it comes to the massive leaps we have made both in technological advancements (the 20th century alone saw the invention of the assembly line, the first flight, the moon landing, and the mass adoption of the Internet) as well as social change (from the Civil Rights Act to the Americans With Disabilities Act, both 20th century civil rights reforms). These significant changes, all of which occurred in the U.S., makes it easy to assume that technology and social change are linked in some way--but to what degree are they related? This article explores the relationship between technology and social change and how closely they are related.

Although everybody knows what technology is, defining such a broad term isn't something everyone can do off the top of their heads. At its core, technology is the use of scientific knowledge to make tools that solve specific problems. Technological advancements have resulted in significant changes around the world, from the creation of TV, radio, and computers to steam engines, automobiles, and airplanes. Using these examples, scientific knowledge was applied to create tools that helped solve transportation and communication challenges.


What is Social Change?

Social change is the change that occurs in human interactions and relationships which change cultural and social institutions. Some of the most well known social changes that have occurred in recent memory include civil rights, women's rights, and LGBTQ rights.


The Impact of Technology on Social Change

The following are just a few examples of how technology has impacted social change:

The Concept of Social Change

Human beings have a desire to change, which is why social change will always occur. Change is the law of nature, and it's only natural that society experiences regular change even if many societies strive for stability and the illusion of permanence. Since social change is natural, it's likely to be influenced by many factors, including the introduction of new technology.


The Development of Social Change


The Perspective on Social Change

Although there is a monistic theory which states that either technology, economic development, or climatic conditions are the major factor behind certain social changes, the phenomenon of social change is much more complex than that. Factors such as technological advancements may certainly trigger social change, but one must take into account all of the other factors at play, including current societal conditions, the history of the society, existing cultural norms, existing infrastructure, and much more.


In fact, there is even a theory which considers all social change to be bad. Known as the theory of deterioration, it explains that man once lived in a perfect state of happiness and that this state of happiness began deteriorating over time. Another is the cyclic theory, which says social change is just part of the cycle that human society goes through. In this theory, modern society is the last stage, which means the cycle will begin once again when the modern age ends. Essentially, social change according to the cyclic theory is just a natural byproduct of society being born, growing, maturing, declining, dying, and then being reborn.


The Impact of Modernization on Social Change

Modernization is the process in which an undeveloped society moves to a developed and technologically driven society. The level of modernization within a society is judged by how sophisticated its technology is, especially regarding its infrastructure and industry. When a society experiences such a drastic change in its identity, social change will naturally follow..


Technological Shift in the Worldwide Map

Every once in a while a new technology doesn't just influence social change, it ends up having a historic impact on the world as a whole. This is known as a technological shift. Looking back on world history, it's easy to identify when these technological shifts have taken place by just observing the impact that they've had. The following are a few examples of such technological shifts:

Looking back on history to identify technological shifts isn't that difficult, but looking ahead is a bit more challenging. However, many people believe that the Internet of Things (IoT) is the next great technological shift, one that we are beginning to experience right now.

In 1922, a sociologist by the name of William Fielding Ogburn published a theory of social change suggesting that technology was the primary driving force of progress but that it was tempered by social responses to it. The theory positioned that there were four stages of technical development, which included:

Because his theory positioned technology as a main driving force of social change, it was considered a form of technological determinism theory.

The invention stage occurs when a new technology is created. For example, the gun is an invention that few can argue changed the course of history.

The discovery is the stage in which the invention is put to use and unknown benefits and drawbacks are discovered. For example, the gun made it easier to kill people in battle, but it also made possible to fight from a distance, thereby making battles safer at the same time since two sides of an army no longer had to fight face to face in an open field. The unintended consequence was it also made killing easier outside of military use.

Diffusion occurs when the invention and its discovered benefits spread throughout society. For example, militaries began focusing on teaching their combatants how to fire a gun instead of how to fight with a sword. Although diffusion results in widespread adoption that can change societies (the first societies with access to guns handily won their battles with those that did not have them, thereby making them more powerful), it also leads to the obsolescence of old technology (for example, bows and arrows).


The Impact of the Computer

The computer is one of the --if not the most-- impactful technologies to effect social change throughout the world in recent times. The mass adoption of computer technology and the internet led to the ability to telecommute, which allowed people to work from anywhere they wanted to, including not just at home but from different parts of the country and even different parts of the world. This development played a big part in globalization.


The internet allowed computer systems from around the world to connect to a single network. The Internet helped (and continues to help) foster social change all over the world at a much faster rate due to how accessible information became and how fast communication became. Now if social change occurs in one part of the world, the rest of the world will be immediately influenced by it. In the pre-Internet era, social change would often be isolated to the area it was specific to. The influence of social change often took years, decades, or longer to reach from one place to another.

History can teach us a lot about how advancements in technology have changed our society and how it might impact social change in the future. Five important lessons we should learn about how technological advancements made throughout history has and will continue to have an impact on social change follow:

New technology isn't reinventing the wheel, it's merely improving the solutions that we have for age-old challenges. Take for instance the Internet; long-distance communication has become almost instantaneous. However, it's not the first time that a technological advancement allowed for long distance communication--the telegraph did the same thing when it was invented almost two centuries ago.


The same results transpired for both inventions: conventional business models were disrupted and social interaction patterns were changed. Essentially, even though technology continues to advance and improve, thereby influencing social change, it's all happened before--history is cyclical.

The Internet might seem like a strange virtual world, but it's actually just an extension of the real world. The things people do on the Internet are a reflection of the things that they do in real life, whether it's going shopping, watching movies, building virtual homes, or conducting business. This is because new communications technologies are extensions and augmentations of day-to-day life.


Lesson 3 - Humans will Use Technology For their Own Ends

All technology is used by individuals for their own purpose and in their own best interests. People will adopt new technologies quickly if it allows them to fulfill their wants and needs. It's why the Internet was adopted as a social interaction tool so quickly.

New technology is disruptive and will always be disruptive because it challenges old ways of doing things. For example, bringing a TV to a remote village that isn't technologically advanced can drastically change their culture. Villagers will begin seeing new things on TV, such as new ways of doing things that will challenge their traditional way of doing things. They may even begin imitating the people they see on TV, which can lead to changes within their culture. Of course, new technology is disruptive in technologically advanced societies as well. Just look at how the Internet undermined existing business models as it became more widely adopted.


Lesson 5-  As We Negotiate How Technologies Are Used, Important Questions Arise

Although new technology is developed with certain purposes in mind, it will no doubt be leveraged for other uses that weren't initially considered. This can be both good and bad. For example, the Internet was designed to allow people from around the world to connect in a meaningful way, yet there are all kinds of challenges with how it's used, as evidenced by concerns over identity theft, privacy, and online bullying. Thinking critically about the world and the application of new technology is necessary to effectively plan for the future.


Understanding Where Business Fits Within This

As a business, new technology can be incredibly disruptive. It's important to take new technology seriously and to consider not only how its use can benefit or hurt your business (and how you can adapt to its existence), but also how it might change your industry as a whole. After all, it wasn't long ago that only Internet-based companies had websites--now every mom and pop shop has a website or social presence. While jumping to adopt every new technology that emerges isn't very risk-averse, you also shouldn't let it pass you by, especially if you see that your industry is beginning to adopt its use.