What is a Microprocessor and How Does it Work?

What is a Microprocessor and What You Need to Know

Almost everyone uses a computer these days, whether it's at home or at work. 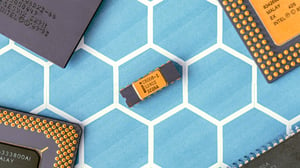 In fact, it's rare to run into someone that doesn't have access to a computer. We depend greatly on computers, especially in the business world. Yet few people really understand how computers work. How is a computer able to execute the commands that you input? The answer to that question is through the computer's microprocessor. Of course, knowing that doesn't provide much in the way of an explanation. We’ll give you an overview of what a microprocessor is, how it functions, and more.


What is a Microprocessor?

The microprocessor is the central unit of a computer system that performs arithmetic and logic operations, which generally include adding, subtracting, transferring numbers from one area to another, and comparing two numbers. It's often known simply as a processor, a central processing unit, or as a logic chip. It's essentially the engine or the brain of the computer that goes into motion when the computer is switched on. It's a programmable, multipurpose device that incorporates the functions of a CPU (central processing unit) on a single IC (integrated circuit).


How Does a Microprocessor Work?

A microprocessor accepts binary data as input, processes that data, and then provides output based on the instructions stored in the memory. The data is processed using the microprocessor's ALU (arithmetical and logical unit), control unit, and a register array. The register array processes the data via a number of registers that act as temporary fast access memory locations. The flow of instructions and data through the system is managed by the control unit.


Benefits of a Microprocessor

When it comes to discussing microprocessors, their function, and more, you're likely to come across a number of terms that you may not be familiar with. The following are some common terms related to microprocessors:

The instruction set is the series of commands that a microprocessor can understand. Essentially, it's the interface between the hardware and the software.

The cache memory is used to store data or instructions that the software or program frequently references during operation. Basically, it helps to increase the operation's overall speed by allowing the processor to access data more quickly than from a regular RAM.

The clock speed is the speed at which a microprocessor is able to execute instructions. It's typically measured in Hertz and expressed in measurements like MHz (megahertz) and GHz (gigahertz).

A bus is the term used to describe the set of conductors that transmit data or that address or control information to the microprocessor's different elements. Most microprocessors consist of three different buses, which include the data bus, the address bus, and the control bus.

Microprocessors can be classified in different categories, as follows:.


Based on Word Length


The Microprocessor Was a Turning Point for Modern Computing

CPUs used to be enormous. It wasn't until the 1960s that designers were attempting to integrate the functions of a CPU onto microprocessor units. It was the successful development of the microprocessor that led to the home computer. General purpose microprocessors are what allows our computers to be used for text editing, multimedia display, computation, and communication over the Internet. Because of how fast, small, and energy-efficient they are, they have been integral to the development of everyday technology, including appliances, smartphones, and more. Since the microprocessor basically changed the world, it's worth understanding what it is and how it functions!


How confident are you that your business is running with the most modern tech? Take our quiz today!

We build, respect, and value our long-term relationships with transparency and honesty as we solve each client’s unique challenges.  Let's work together to create your next great Custom Software Solution.