What is Machine Learning? - An Introduction to ML Systems

What is Machine Learning? 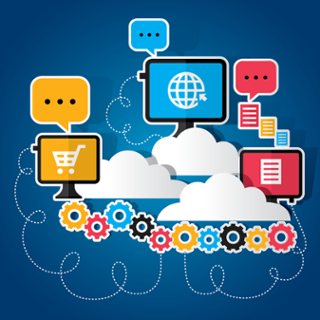 Despite common rumor that there is some robot that looks like a human and it is reading books at lightning speed to gain intelligence, machine learning simply isn’t what Hollywood would like to paint it as. Instead, it is a science. It involves computers, no surprise, being able to act without requiring a set of instructions for every step performed. Instead, the computer determines the necessary steps on its own with general parameters, like a human who knows general rules about how to behave but has to decide the details per situation individually.

Machine learning involves applied statistical principles in the area of prediction. It takes the rules and methods of determining possible outcomes and give a computer the ability to come up with predictions on its own. The computer than acts accordingly with other programming when it concludes a particular prediction is the most likely outcome. For example, one could write a simple instruction program that at a certain hour the lights in a room come on. But this would be simply an if-then type logic. Instead, with machine learning, the computer knows to turn the lights on when a certain level of darkness occurs, day or night. So, the computer learns patterns and predicts when darkness is most likely to occur, triggering lights accordingly over time even if the end of daylight changes over time. This is a very simple example, but the same principle can be applied via a computer to many other forms of behavior and environments.

Artificial intelligence is the concept, and is evidenced by the attempt to apply it, of computers being able exhibit intelligence behavior. This is often defined in human terms of being able make decisions and take actions without any prior instructions on how to do so aside from general parameters of allowed behavior.

Deep learning involves the construct of several layers of information and reference tables within a neural network. The design is an attempt to mirror the human brain. However, it’s only been successfully applied with speech recognition as well as computer vision and determining differences in levels and type of light. The crutch for deep learning is that relies on a super-encyclopedia of data to compare stimuli against. A computer is well capable of crunching through such mountains of information, but it is not automatically able to create new information from a logical series of conclusions about the prior data reviewed. Instead, deep learning is commonly used as a second-check, for example reducing false positives or trueing-up detection statistics and removing bad data. This is because deep learning is particularly beneficial with granular level filtering.

Machine learning may seem similar on the surface, but the basic premise of how it works is very different from deep learning. Instead, the computer is developing new conditions from tests with existing data. At incredible speeds it is determining, recording and making new probability assumptions from the data is has reviewed. That represents the ability to “learn” and produce new attempts to use the information versus just following a pre-written set of instructions that defines the conclusions ahead of time; Machine learning is a form of adaptive computation.

As anyone remembers from taking a science class in college, two of the core foundational steps of science is to observe and record data. But there are also the steps of developing a hypothesis and arriving at a conclusion of what the data observations support. For decades since their invention, computers have not been able to perform these other two steps on their own. Machine learning takes that leap forward and makes it possible for a computer to “think” versus just “do.”

At their fundamental level data science and data mining are essentially pre-determined queries that filter through large amounts of data looking for specific criteria. When found, the queries return the results. It doesn’t know if the result is viable or not, just whether it is accurate in replicating the criteria for the search. If a user puts in bad parameters, then poor results occur as well.

Machine learning has already been put into play in a number of environments where it has proven capable of expanding the toolset used by experts in their fields. However, the learning curve can sometimes be too high to utilize the asset in its best way possible.

In the arena of anticipating results, clearly a growing field as more and more information becomes digitized and available for “crunching,” many areas have grown considerably with promise form machine learning.

Computer-driven diagnoses have become instrumental in healthcare cost avoidance by anticipating which diabetes patients are most likely to need acute care given their current condition. Utilizing a platform of data from 8 million past patients, systems today can anticipate the probability of problems a current patient might develop, including areas that doctors hadn’t previously seen parallels or correlations with, such as the flu vaccine.

Quant traders or brokers who rely heavily on computers to crunch statistical probabilities of market positions have glommed onto machine learning wherever possible to improve their position returns. The move has been so heavily followed by the big brokerages, many feel that the public stock markets today are dominated by computers and individual traders are just along for the ride, having no ability to truly decide their risk. Whether that’s true or not, day trading and massive stock movement has been significantly impacted by machine learning and position improvement based on crunching reams of past stock position data. The main limitation is how much computing power a brokerage can afford.

High end IT security systems and services are now basing their products on predictive definitions of potential malware and virus programs versus just regurgitating copies of known viruses to stop IT infections and hacks. The approach mirrors the way the human body builds anti-bodies by learning how viruses mutate and developing a defense to the latest version instead of just the old version. The development takes a while to get up to speed, but the results have been notable in anticipating the way malware can change and anticipating its new fingerprint when the new virus appears.

Anti-terrorism and domestic safety control has clearly been testing and finding ways to apply machine learning to not just recognize known faces but to anticipate possible suspects in crowds for further inspection by field officers. The same science has been used for identifying threat products such as bombs, weapons and hazardous materials as well as modeling anticipating behavior in a known traffic environment.

As discussed earlier, data searches and retrieval have long been a staple of any kind of computer searching function. However, the ability to search “smart” is now a new feature that didn’t exist previously. And machine learning applications are now producing work product during off-hours so its primed and ready to be used during on-hours when staff arrive at work in the morning, with the computer anticipating new work needs based on the prior day’s status reports.

A very vivid application clearly in testing is the idea of a self-driving car. Google is probably the most well-known example but many other versions are being tests, trying to produce the perfect thinking car that behaves just as well as a regular human driver on public roads.

PayPal has been one of the leading players in monitoring for, finding and stopping financial fraud, and they have a clear reason why. If fraudulent payment became widespread on the Internet, PayPal’s basic service would be destroyed due to being unreliable as a payment tool. Their reliance on machine learning to find discrepancies and out-of-pattern signs in transactions has been critical in finding problems before they become big issues in the e-commerce world.

Machine learning has proven to be a very useful approach in culling valuable data from social media as it is occurring online. Teams on the Tour de France have gained valuable strategic tools about what’s happening ahead on the race track before it is reported through conventional tools. And the source has been intelligent parsing of social media as conditions occur and change ahead of racers.

In the legal world machine learning has added far more than just translation of legalese into normal language. It has also created the ability to search a legal document and identify what is missing versus a fair version of the document such as a contract as well as identifying language that favors one party. Again, using a database comparison to the document, machine learning is now identifying how a legal document should look versus how it reads currently. This is a key benefit for non-lawyer types.

In summary, machine learning has come a long way from its infancy. But exactly how the system works compared to a programmed computer is also quite illuminating as well. Part two of this discussion will go into the nuts and bolts of how machine learning does what it does.