What is This New Term I'm Hearing Called DevOps? 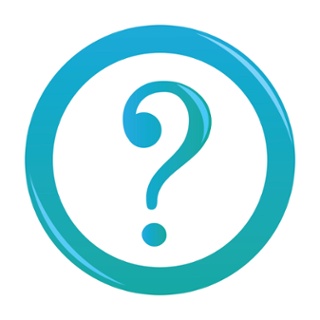 What Is DevOps and Why Is It Suddenly So Popular?


DevOps implies the combination of software development methodologies and cultural practices to create the capacity to deliver, and support, applications at high levels of speed and quality. DevOps has become integral in the software development process due to its efficacy in eliminating the barriers of collaboration between the developers and operations team through automation.

The popularity of DevOps comes from its flexibility and collaborative nature, which provides continuous delivery and continuous integration to realize automated deployment and testing in the software development life cycles. The ability of DevOps to solve the traditional conflict between IT developers and the operation managers has made it a popular trend since it eliminates the siloing of developer teams.  Don’t think of DevOps as a methodology or process – think of it as a philosophy.

Software development methodologies become obsolete over time as business problems arise and customer needs change. The models that dominated the 1980s, namely waterfall methods, have undergone major changes and evolved to match modern needs in software development.  Today’s software requirements and challenges demand greater attention to collaboration between developers and operation managers.  The emergence of DevOps is an ongoing change in the software development industry, which has brought about a continuous re-alignment of the software application development with business needs.

Workflows Have Always Been Planned in Specific Ways

As Things Got Faster the Agile SDLC Came About

The information technology advances from the last decade of the 20th century is no match for the 21st century in which business needs have forced the transition from the waterfall model to the agile methods of software development. New technologies and the need for fast processing and large-scale deployment of software lead to conception and adoption of advanced software development life cycles.

The Penchant for Speed of Release Leads Us to DevOps

Software development in the 21st century has become highly focused on aligning itself with specific business needs. Software development has embraced change and adapted the speed of the modern world in which processes in IT operations are expected to be faster and highly efficient. While agile methods of software development were much more rapid, the need for a non-linear development environment brought about the culture of DevOps to merge development teams and IT Operations.

DevOps is the Agile Methodology on a Larger Enterprise Level

The agile methodology of software development encompasses the following elements:

Agile allows teams to break down the software development life cycle into short sprints in executing practical step by step execution of large-scale projects objectively with optimum productivity. It is quite practical, and more productive and flexible, than attempting to stick to long-term plans that are often rigid and challenging to execute.

The Focus of DevOps is to Have Developers, IT Professionals, Quality Assurance Specialists and Support Professionals Working Much Closer Together

DevOps was first adopted by native online businesses running on modern applications hosted on virtual IT infrastructure which is devoid of manual configuration and scaling of applications. Digital businesses that deploy frequently adopted DevOps best practices to improve reliability and velocity. DevOps principles bring together everyone involved in planning, constructing, testing and supporting new and continually improved software.  The philosophy is non-linear with fast and automated execution of processes.

The Reduction of Enterprise ‘Siloing’ Allows for Faster Implementations and Changes

In traditional software development life cycles, siloisation is common in the delivery of projects. The project team is typically split into sub-groups into their respective areas of specialty. In contrast, the DevOps model eliminates siloisation to overcome the wasteful process of putting together the contributions of the different sub-groups of specialists in the software development process.  Instead, the DevOps culture builds teams differently by combining software development techniques with the appropriate attitude for faster delivery of business solutions. The teams created in a DevOps model typically apply a multi-disciplinary approach which acts as a bridge-builder for realizing rapid implementation and improvisation in the building, testing, releasing and supporting of software packages.

Since DevOps isn’t a methodology or process, creating a culture dedicated to effectively trying new things to make improvements is essential.  You can’t buy DevOps, you have to live it.

A core principle of DevOps is to automate as much as you can to eliminate manual work efforts. Examples include things like automated testing and automated push to production with continuous integration best practices. Here is where a DevOps shop can leverage some emerging technologies, tools and products.

Find key metrics and measure what is important to the organization. These areas could be number of bugs, average time to recover from an outage, or deployment frequency for instance.  You can’t measure everything, but measure what’s critical and look for ways to improve performance.

Share what works and share what doesn’t work.  Share with others inside the organization and collaborate with others on the outside such as key partners, customers or vendors.  Learn and adapt

The DevOps culture is not generic, and what works for one company might not work for you. There is no concrete guideline on how to apply DevOps in every software development environment. It is up to you to integrate it with your core values to achieve rapid results.