Why is Data Storytelling More Than Just Reporting? 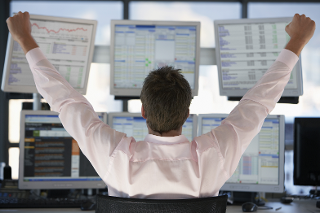 "If You Can’t Understand It, You’re Reading it Wrong"


A few years back, a manufacturing CFO and I were discussing how his company shared data with employees. He was frustrated that his employees didn’t understand the daily reports. My first thought is the employees might not have enough data in the reports to make informed decisions. To avoid assumptions, I asked to see the daily report. What I was given was a two-page report that didn’t give clear information. To be honest, it was a mash-up of data using lots of data points. It became clear why his employees couldn’t understand the report, but I needed to know more. So, I asked the CFO what was expected from reading the report and was told that “…if you can’t understand it, you’re reading it wrong.” Bold as this statement might be, it’s useful to illustrate a point. The problem is not that his people didn’t understand the Daily Report. The problem is the report and the data didn’t tell a story.

What is a Report?

A report is a document (or part of a document) that contains numbers, texts and tables. The tables should communicate a series of values that relate, showing emphasis through formatting and colors. It will have a title that relates the purpose of the report. It might even have a few charts and graphs to help explain the information. It will have context, about the purpose of the report, but that context is a generalized statement. An annual report is an example of this type of report. It’s a high-level summary of how an organization performed over the course of a year. It should contain summaries of financial data displayed in a table, while using line, bar and pie charts to communicate main points about the past, present and forecasted future.

What is a Story?

A story needs characters, a setting, a theme, a mood, a plot and a point of view. Our annual report includes characters: the business and its parts; a theme: profit, loss and growth; a mood: performance changes and outlook; a plot: where has the company been and where are we going; and a point of view: what a company says about itself. A story also requires a beginning, a middle and an end. The annual report will show the past performance for a year or a series of years as a beginning; the current performance for the middle; the forecast and projections for the coming year as an end. When all story elements are combined, we have context. Using context, we find meaning within a story. When we use context with data, we find information that has meaning. When we have meaningful information, we can find insight.

Simply put, the daily reports had data but no information. The report was simply a daily dump of yesterday’s production amounts with costs as compared to the previous year. It had a setting and characters (the year, production amounts and associated costs) but it was missing a theme, a plot and a point of view. There was no context, which implies no meaning, which gave no insight. There wasn’t a clearly defined need for the data presented, only a subset of the data at most (the theme of the data). How the data applied to daily functioning wasn’t implied or expressed (the point of view, or the vision). How the outcome of using the data should be expected also didn’t exist (the outcome, or the plot). Unfortunately, it wouldn’t have been helped by adding charts or graphs. Charts and graphs should be a supplement for data, enabling a visual way to understand data. A data story will always have a setting, a character, a theme, a plot and the point of view. This can also be called the context, the vision, the needs and the outcome.

Reports Are Only Part of the Story

All good stories have facts that support the outcome and the point of view. Reports provide the foundation of facts that drive those story parts. Without a foundation of facts, the story becomes either a commentary or opinion piece that may not reflect the context of the story, or worse, mislead the audience. The numbers, texts and tables combine to lead the audience to a deeper understanding of the story and see how (and sometimes why) a point of view is formed

Consider the following example: I like tomatoes with salads, because they are a pretty tasty vegetable. This is a one-sentence report about tomatoes. Is it factual? Only regarding my preference to tomatoes, because they are classified as a fruit and they aren’t a requirement for a salad. However, Tomatoes contain 0.88 grams of protein and 2.63 grams of sugar per 100g serving is a factual statement. It doesn’t contain an opinion but facts that can be used to determine how relevant it is to a good nutritional diet. It’s only a small part of an overall data story on a healthy diet.

A Data Story is a “Compounding” of Reports, Not a “Mound” of Data

In pharmacology, compounding is the method of combining drugs to fit the specific needs of a patient. A data story is built the same way. We combine the results of various data reports to provide the specific information needs of an audience in an understandable way. For the CFO’s Daily Report, he needed to find the parts of the report that he wanted to share, and the topics he wanted to convey to his staff. He had information about material volume, cost and hours spent. He had historical information and projections (with the projections using a percentage needed to meet forecasted expectations). This was in a single table that spanned two pages. This was a compounding of data, but it was more like a mound of data instead of a compounding of reports. It was a disjointed, overwhelming narrative that required a lot of effort to consume and understand.

Not every report is a data story, but every data story is fundamentally a report.  The Daily Report relied on the raw “mound” of data to communicate a story, but it forgot there needs to be a narrative with the story. In this case, we needed to break up the “one big report” into smaller, more focused reports. Doing this removed the overwhelming amount of data into more manageable “chunks.” We transformed the data into a “Daily Report Summary”, a “Daily Report Comparison over Time” and a “Daily Report Consumed versus Projected” with the following parts for each:

Although this seemed simple, the impact was powerful. The staff understood a lot about how their processes worked and how much it should take to meet expectations. The people at the various locations began to take the insights they gained, identified where the biggest losses were and how to make corrections. A few changes later and the costs came more in line with the budget and projections. In some cases, the insights and changes brought the daily volume under the projections.

Most reports have lots of information and can be successful in telling a story, but a story needs parts to deliver a compelling narrative. The Daily Report in its original form had all the information needed for success, but it didn’t have a way to tell the story. The CFO knew what stories he needed to tell but didn’t know how to share the narrative he wanted to share. It’s not often that lack of understanding comes from “reading it wrong” but rather in telling the story.

Second, look at the overarching intent of the data. Is the context identifiable from the data? If the context is not identifiable, can data points be added or removed to support the context? The data should give information about and support the context, not confuse and mislead. The data should give enough details to be informative but limit the amount of confusion about the data. This could be solved via a comment about what the fundamental meaning of the data points are.

Third, can the information be transformed into some sort of chart or graph to convey insight? Functionally, the parts of a data story will fall into “functions,” a pattern of how information is used. Common functions are Comparisons, Proportions, Parts-of-a-Whole, Data over Time and Distribution. We compare costs, consumptions and waste of materials, we see how much something is used, we see what bits of data make up an entire process, we see how much consumption and waste happen over the months, and we see how much work is accomplished by workers.